Redlands East Valley's Nico Perna lines up a shot in the Wildcats' 12-7 win over Cajon on Wednesday, Oct. 30. 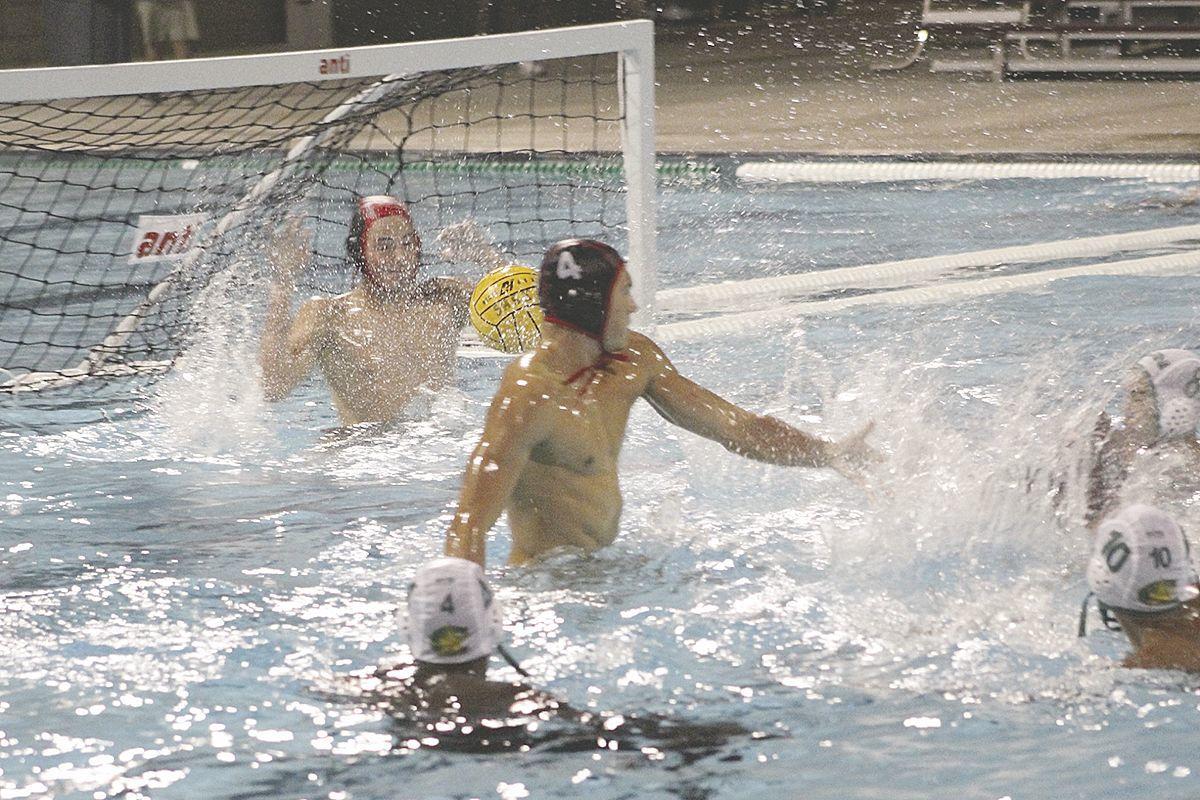 Redlands East Valley's Nico Perna lines up a shot in the Wildcats' 12-7 win over Cajon on Wednesday, Oct. 30.

SAN BERNARDINO — Redlands East Valley’s scoring load in the Oct. 30 Citrus Belt League tournament championships against Cajon seemed to flow from one strong-armed shooter to another.

In the Wildcats’ 12-7 win over the Cowboys — a match played at Indian Springs High on a fairly cold Wednesday night — Nico Perna wrestled a shot into the cage just 33 seconds into the match.

REV took a 2-0 lead into the second period when Zach Selby scored with just a couple seconds left.

It took playoff-level defense to pull off this win over Cajon, armed with returning All-CIF junior Elijah Grande, whose goal made it 2-1.

Perna and Selby had it 4-2 by halftime, leaving REV’s hopes for a fourth straight CBL title lying on a strong second-half attack.

Suddenly, it was Gavin Oliver who made it 5-2 before Cajon’s Reese Staley and Grande came up with scores, cutting the Wildcats’ lead to one.

Then it was Nicolas Sadowski scoring twice over a 29-second span, Perna adding his third and final goal for an 8-4 lead heading into the fourth period.

Grande found the mark against REV goalie Garret Selby (8-5), Sadowski matching that goal for a 9-5 lead.

Are you planning to take a summer vacation?