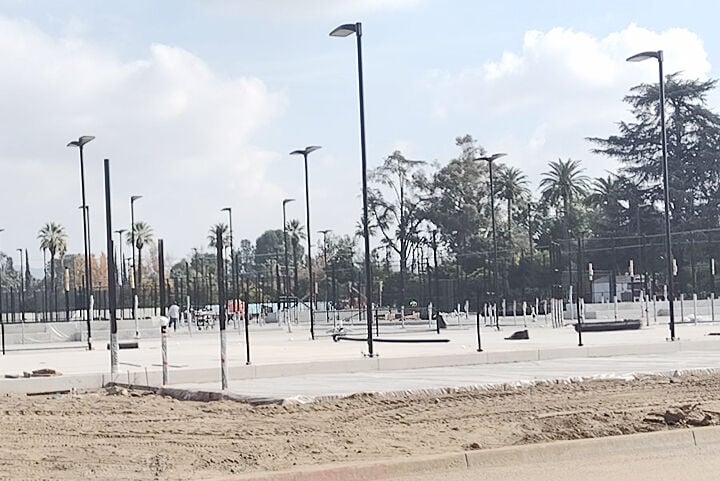 The new tennis center at the University of Redlands is expected to be finished in late December or early January. 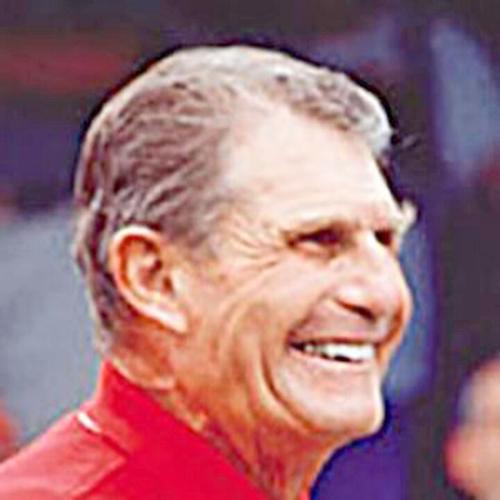 That new-car smell mixes with the sentiment of yesteryear as a new tennis facility is built in Redlands.

Workers this month are toiling on the new Jim Verdieck Tennis Center at the University of Redlands. The facility will be larger than the previous courts and will honor a man who was iconic as a Bulldog football and tennis coach.

“It’s scheduled to be completed by the end of December or early January.”

His small-school Bulldogs won 300 matches against Division I teams, including Notre Dame, Ohio State, USC, and his alma mater, Stanford.

It was at Stanford that Verdieck won an intramural tennis championship and fine-tuned his knowledge of the game. That was when he wasn’t playing on the university’s baseball team or competing on the football team.

“I am so proud that we are able to name this facility in honor of one of the best collegiate coaches of all time in our nation and a true leader in the history of the university,” said University of Redlands president Krista Newkirk at the tennis center’s groundbreaking, as reported by the Bulldog Blog.

The new facility will expand the Bulldogs’ number of courts from eight to 12. They will be lighted and will have post-tension concrete playing surfaces. Two new digital scoreboards and the increased number of courts will allow the university to host NCAA championship matches.

“It will be a good way to get recruits,” said University of Redlands women’s player Kendall Bolock who is from Yucaipa and played at Redlands High.

“We loved the old courts, but this will be a way to revitalize the program.”

Verdieck is a member of five Halls of Fame – NCAA, NAIA, Helms, University of Redlands, and San Bernardino Valley College.

Verdieck’s sons, Doug and Randy, worked with university officials on planning the project. In a nod to the past, asphalt from the old courts is being ground into the base for the new facility.

“There is something very appropriate, even profound, about the fact that we are going to take the asphalt of these very courts, grind it up, and use it for the base of our new facility,” Martinez said on the Bulldog Blog.

Verdieck, after getting a master’s degree in physical education at Stanford, served in World War II and was a decorated Marine transport pilot.

He received the Distinguished Flying Cross for rescuing wounded soldiers on an island in the Pacific while under enemy fire.

Following one year as the football coach at Menlo Junior College, Verdieck began his no-nonsense tenure at the University of Redlands.

“In 1983 I was the athletic trainer and I looked at the tennis schedule and I said there must be some mistake because on one day we were scheduled to play at UCLA, at Pepperdine, and at home,” Martinez said.

“We dropped six guys off at UCLA and six at Pepperdine and left six at home to play another match. And Jim said, ‘We’d better win them all.’ That’s how he was. He was an old Marine pilot and was sort of gruff. But he was a great man, and the players loved him.”