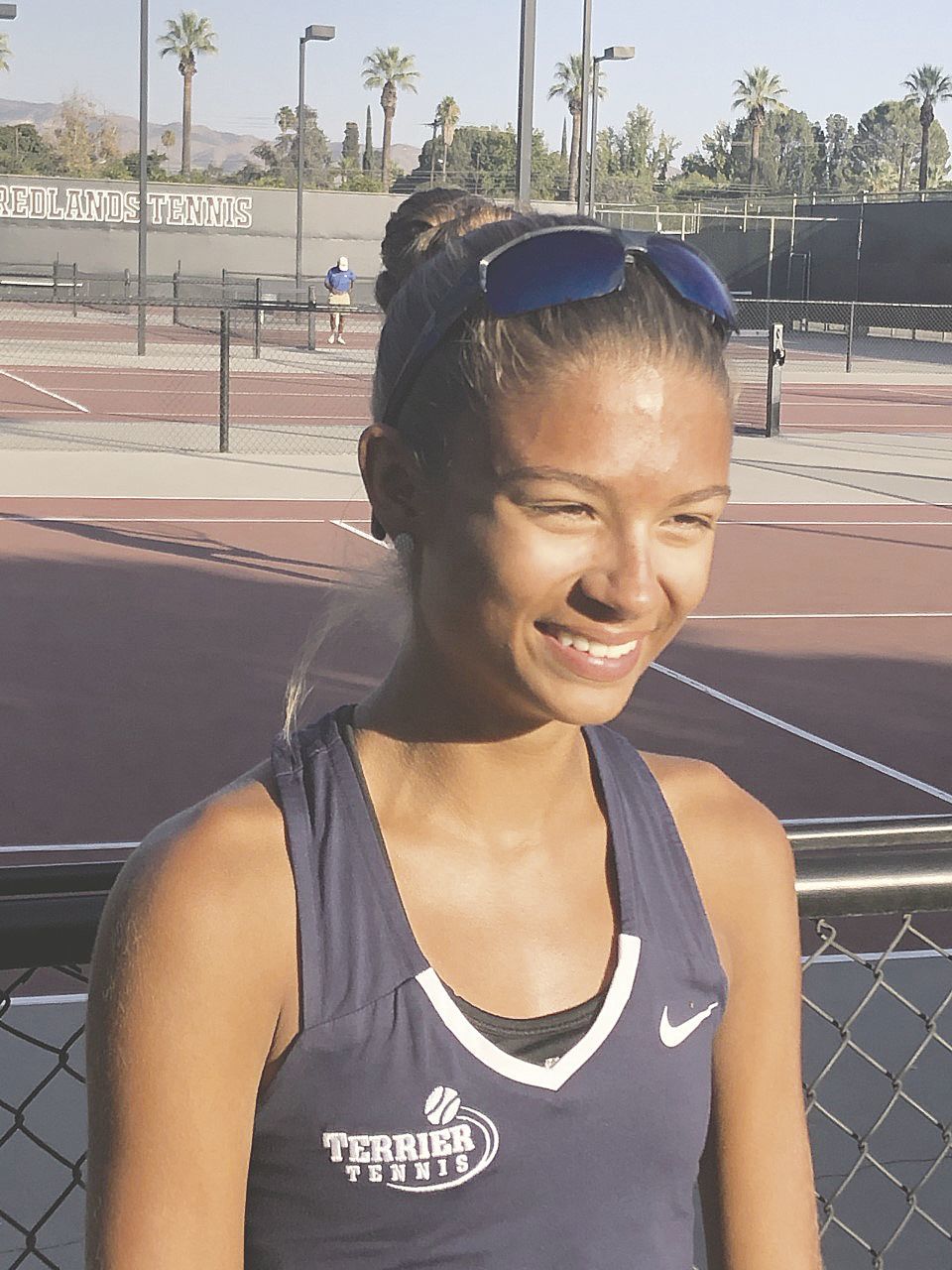 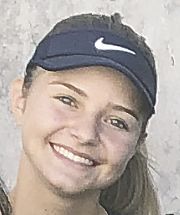 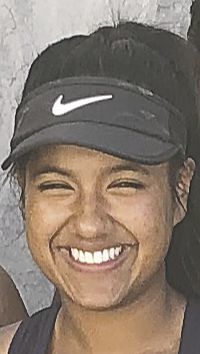 Top-seeded Layla Jimenez took her turn in the singles spotlight.

“This isn’t surprising,” said Comadena, whose boys and girls teams have racked up fistfuls of team championships, singles titles and doubles successes.

“We had a good (championship) run a couple of years ago,” he said. “All three of them played that day when we won.” Played at the city’s most identifiable tennis venue, the University of Redlands, Jimenez, a junior, has been part of a CBL doubles championship in both that CIF championship season, plus 2018 -- teams that were led by now-graduated Kendall Bolock, a two-time singles champion.

There was a surprise for this year’s showdown between Lady Terrier teammates.

“I don’t think Kenyael (Cooper) and I have ever played against each other,” said Jimenez.

“Not even a (team) challenge — maybe once, but I don’t remember it.”

Jimenez prevailed, 6-2, 6-1, after beating the CBL’s best from Yucaipa and Rialto Carter, plus Citrus Valley’s Shreya Gurunathan, 6-4, 6-1, in the semifinals.

Jimenez squared off against her Lady Terrier teammate, who fought each other with a series of rallies — Jimenez battling with forehands to Cooper’s backhand.

“I attacked her,” said Jimenez, “and she attacked me right back. She occasionally hit a shot that put me on defense.”

Jimenez said she took advantage of her USTA-playing experience against her teammate/opponent. “I treated this (CBL tournament) like a USTA tournament.

“Kenyael plays (USTA events), too,” said Jimenez, who might have a deeper background in the junior tournament events.

“I want this league to get stronger,” said Jimenez. “I would tell anyone to get out and play as much as they can.

You have to dedicate as much time as you can.” Daniel-Kejriwal might have gained a clear advantage over their Lady Terrier teammates in the doubles finals.

Jia Sharma and Sachi Pawooskar-Almeida had scored a 7-6 (4), 5-7, 7-5 win over Redlands East Valley’s second-seeded Lindsay Woodland-Jillian Stark. But it took three hours to post that victory, getting just a 30-minute break to take on the well-rested, top-seeded Daniel-Kejriwal.

Sharma and Almeida seemed worn out, losing 6-1, 6-1. On the line were spots in upcoming CIF individual tournaments for both the champions and runners-up.

Both Daniel and Kejriwal noted the influence that Comadena has in Redlands’ success.

“He can tell when we’re not giving it all we’ve got,” said Daniel.

“He does his job,” said Kejriwal, “and it works. He doesn’t get mad … doesn’t get angry.” If play isn’t to his satisfaction, she said, “he’ll talk to himself. His body language says a lot.”

“In between points, he’ll talk to us,” said Daniel. “He has this aura about him. You feel it from him.”