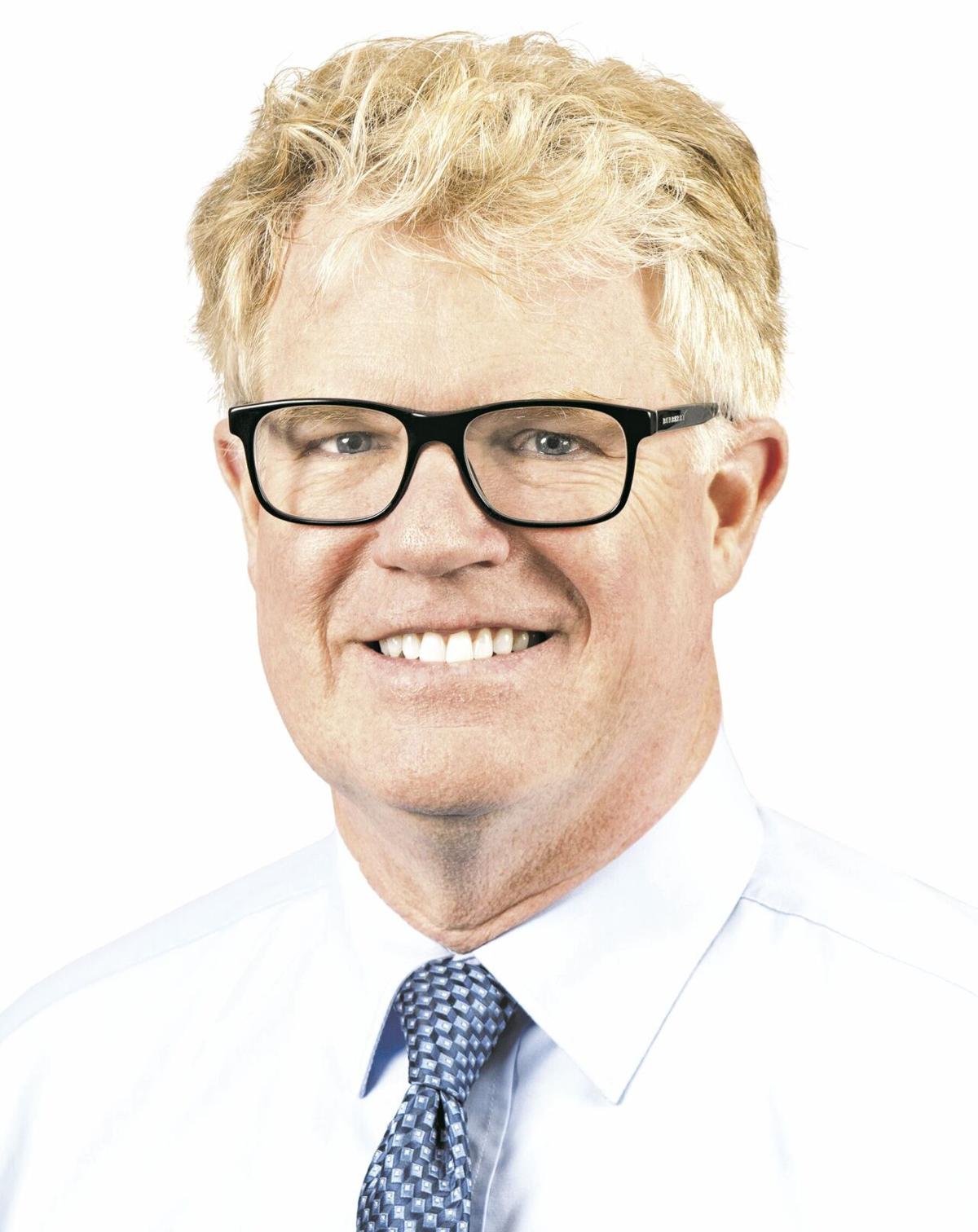 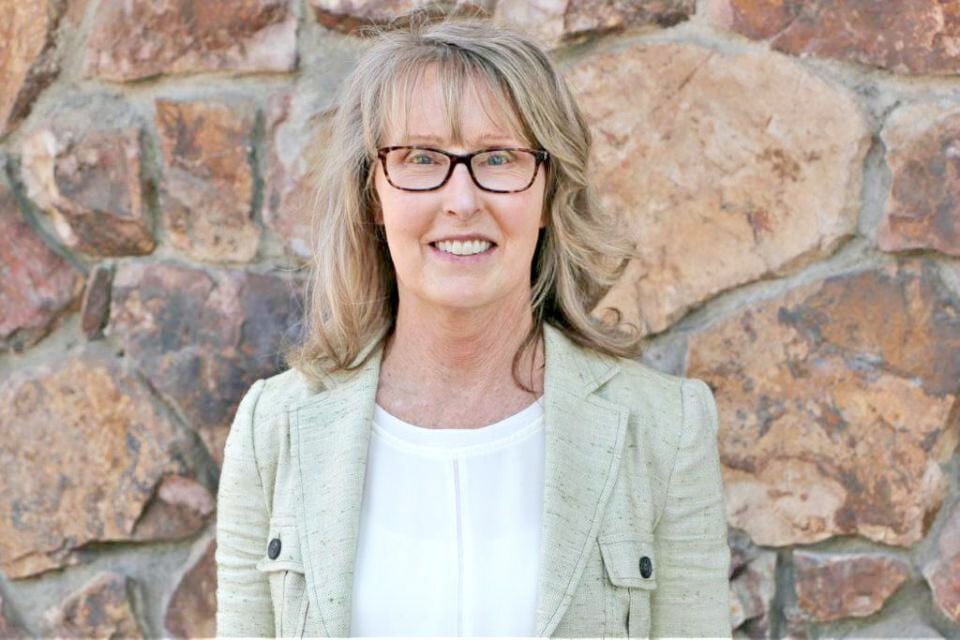 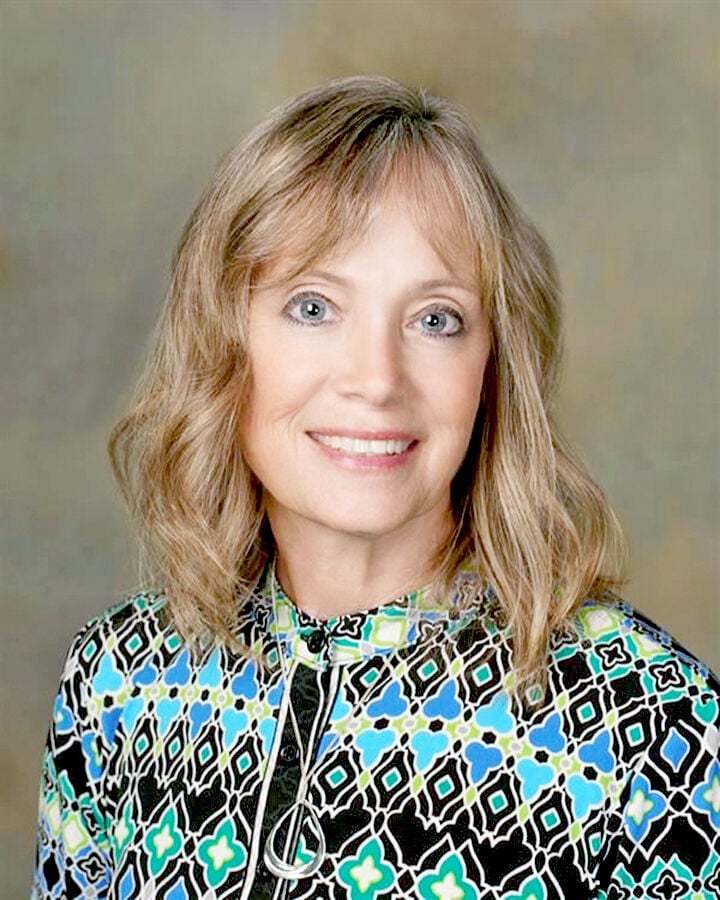 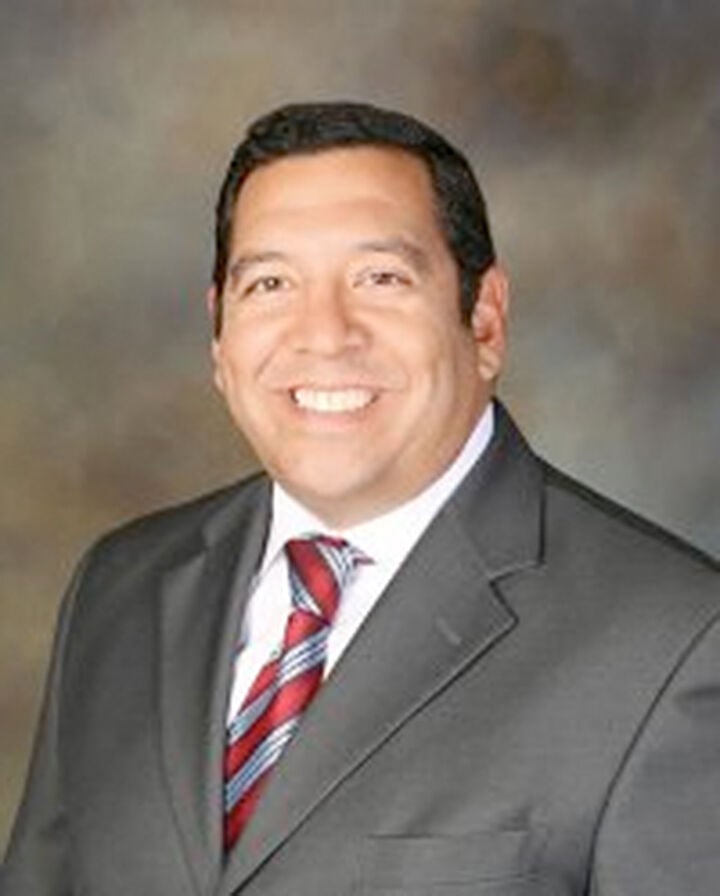 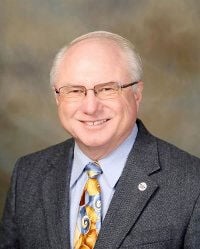 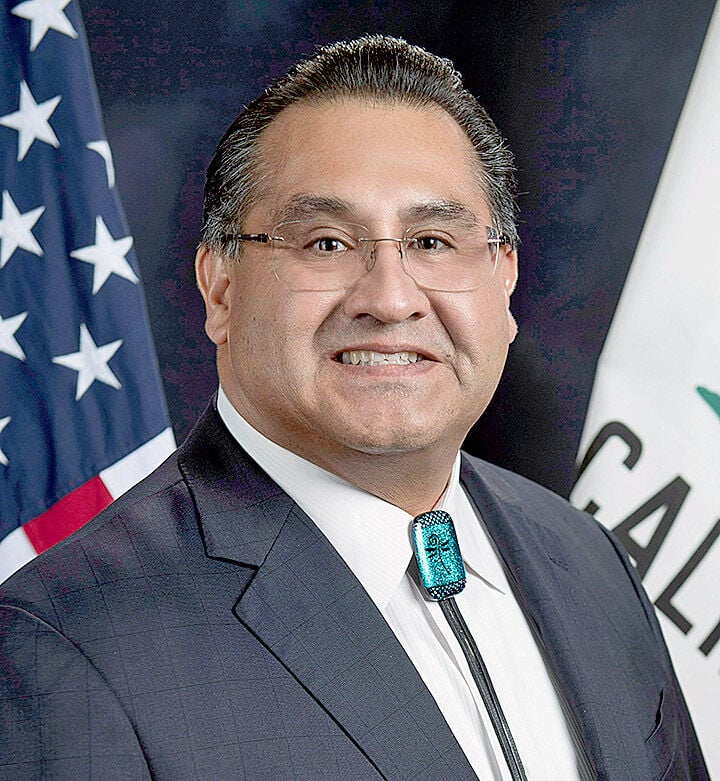 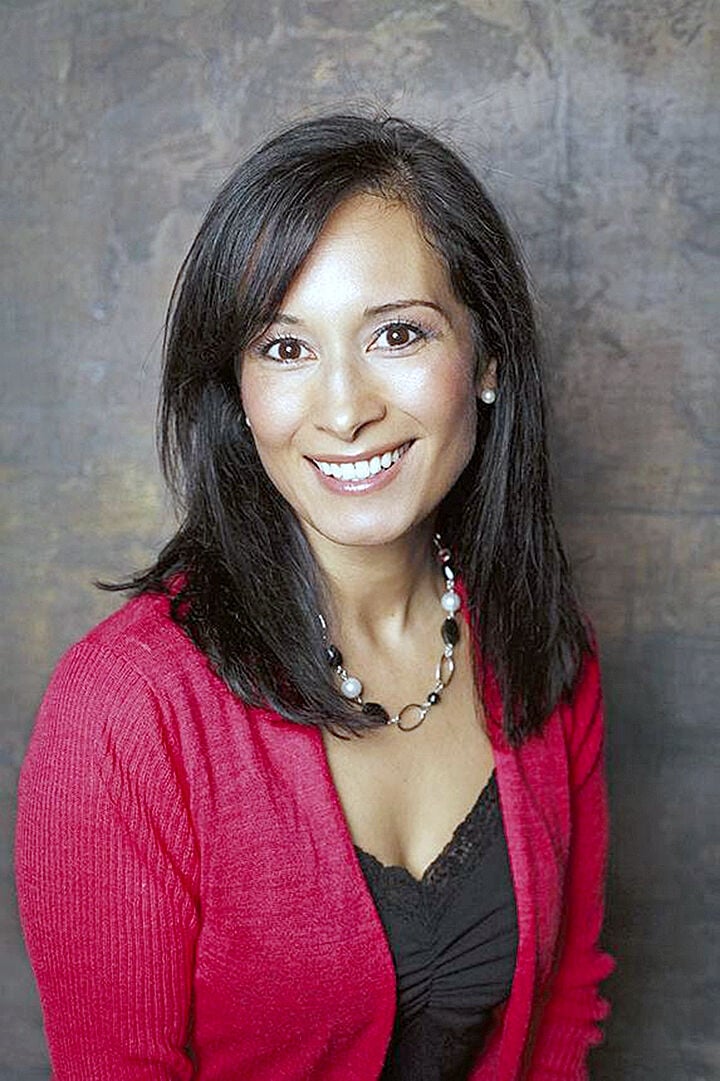 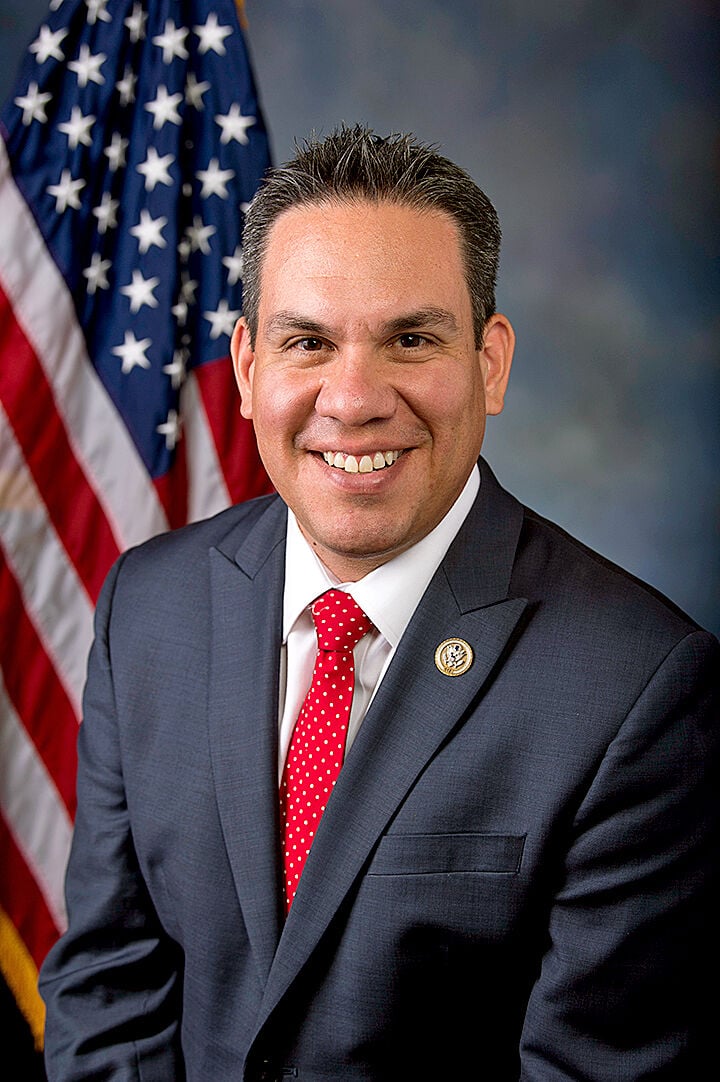 Many Redlands voters have already cast their ballots in the Nov. 3 presidential election. For those of you who have not, here’s a roundup of local races and issues on the ballot along with Redlands Community News endorsements.

Measure T, a proposed one-cent sales tax increase: The measure would help Redlands recover from the economic impact of the COVID pandemic and move forward with other essential projects in the future. The Redlands Community News supports Measure T.

Council District 4: Four candidates are running to fill the seat being vacated by Councilwoman Toni Momberger, who decided not to seek reelection. The candidates are:

• Jenna Lowery, a Redlands native who plans to become a marriage and family therapist.

• Lane Schneider, a former government civilian employee for the Navy who worked for nonprofit Christian ministries.

Redlands Unified School District Area 2: Appointed incumbent Michele Rendler, who has been involved with the district for 30 years, is seeking a two-year term. Scott L. McNair, an information technology manager at Esri, challenges her. McNair is a strong challenger, but we support Rendler.

Area 4: Two incumbents elected at large in 2016, Cristina Puraci and Alex Vara, are competing for one seat in this area. We were impressed with Puraci, a teacher in the Colton Joint Unified School District. However, we give a slight edge to Vara, an elementary school principal in Rialto.

Area 5: Incumbent Jim O’Neill, who served as principal for three Redlands elementary schools, has two challengers: Danielle Guillen, a director for Leadership for Educational Equity, and Mike Saifie, a businessman who has been in public service for 17 years. Both challengers are impressive, but we support O’Neill.

San Bernardino County Board of Education Area E: Four candidates are running for this seat after incumbent Alen Ritchie decided not to seek reelection. Redlands is in Area E. The candidates are Alise Closure, Karalee Hargrove, David E. Raley and Amdra De Leon. We have no position on this race, although we have been impressed with Raley’s work on the San Bernardino Valley Water Conservation District board.

40th Assembly District: Incumbent James Ramos, a Democrat from Highland, is being challenged by Jennifer Tullius, a Republican businesswoman from Rancho Cucamonga. Ramos has been an active leader in the East Valley for many years, serving as chairman of the San Manuel Band of Mission Indians, on the San Bernardino County Community College District board and as a county supervisor. His first two years in the Assembly have been productive and he deserves reelection.

State Senate District 23: Democrat Abigail Rosales-Medina is running against Republican Rosilicie Ochoa Bogh to fill the seat being vacated by state Sen. Mike Morrell, who is termed out at the end of the year. Both have served as school trustees, which is good training for higher office. We support Bogh.

31st Congressional District: U.S. Rep. Pete Aguilar, a former Redlands mayor, is seeking his fourth term in Congress. His Republican challenger, Agnes Gibboney, has a compelling life story about her escape from communist Hungary and the tragic death of her son at the hands of an undocumented migrant who had already been deported. But Aguilar has done a fine job of representing the 31st District. Longevity matters in Congress. He should be reelected.

Proposition 14, stem cell research bonds: No. Under this proposition, a massive $5.5 billion bond issue would finance stem cell research in California. With an estimated $2.3 billion in interest payments, payments on the bonds that would extend for many years. This measure follows a similar $3 billion proposition that was approved by voters in 2004 when no federal money was available for stem cell research. However, now the federal National Institutes of Health is spending more than $2 billion a year on stem cell research. We see no reason for California taxpayers to take such a leading role in this research when a robust federal effort is underway.

Proposition 15, Commercial Property Tax (split roll): No. This measure is a huge property tax hike that would affect all of us — not just commercial property owners. Since Proposition 13 was passed by voters in 1978, residential and commercial property has been assessed for taxation following the same rules. Property is assessed at market value at the time of a transfer of ownership and following assessments can rise no more than two percent a year. The measure also mandates a tax rate of one percent. Over time, this resulted in huge differences in assessed value for similar properties even though everyone was operating under the same rules. And a common perception was that business came out ahead because business property was sold less often than residential property. Studies have differed on the truth of that perception. Some critics also charged that businesses found ways to stop the reassessments. Under Prop. 15, commercial property would be reassessed to market value every three years resulting in billions of dollars of new tax revenue for government. Many property owners would pay more and would pass much of those increases to their customers or to their tenants, who would pass the increases on to their customers — meaning us. We urge you to vote no on this massive tax grab. And if some businesses use questionable measures to avoid reassessment, the Legislature should enact laws to stop these practices.

Proposition 16, equal treatment under the law: No. Prop. 16 would allow government to use diversity as a factor in employment, education and contracting decisions. In other words, no longer would government be required to treat everyone equally. This is not a good idea. California must continue to treat all its residents equally and with justice.

Proposition 17, voting rights for parolees: Yes. In California, felons cannot vote while in prison and on parole. Restricting prisoners’ voting rights seems correct to us, but parolees live in our communities and have the opportunity to be good citizens and that should include voting.

Proposition 18, limited voting rights for 17-year-olds: No. This measure would extend voting rights to 17-year-olds who will turn 18 before the next general election, allowing them to vote in primaries and special elections. There has to be a clean cutoff somewhere, and 18 seems reasonable.

Proposition 20, criminal sentencing and parole: No. This is a complicated measure that changes the status of certain crimes as felonies, misdemeanors and wobblers (crimes that could be either). It would amend several laws that were passed between 2011 and 2016 that generally downgraded the seriousness of many crimes. Prop. 20 would restore many of the earlier changes. These changes should be considered by the Legislature on a crime-by-crime basis.

Proposition 21, rent control policies: No. This proposition would allow cities to include almost all rental housing in rent control measures. A similar measure was defeated by voters in 2018. Opponents say the measure would further restrict incentives for builders to build new housing. We don’t need this in light of the state’s housing crisis.

Proposition 22, app-based drivers and services: Yes. Prop 22 would allow app-based businesses such as Uber, Lyft and DoorDash to classify their drivers as independent contractors. It would also require minimum pay, benefits and other benefits for the drivers.

Proposition 23, new rules for kidney dialysis clinics: No. This is a repeat of a similar 2018 measure that was turned down by voters. It should be denied again. It would only increase the cost of dialysis without delivering significant improvement in the quality of care.

Proposition 25, California’s bail system: Yes, with reservations. This proposition upholds the Legislature’s replacement of the long-standing cash bail system with a “risk assessment” system in 2018. Implementation of the bill has been on hold because of this ballot measure. We urge a yes vote, which would confirm California’s new law, but also urge that experience under the new law be examined in a couple years to determine if the law is effective in getting defendants to return to court for their trials.

Not too late to register

Monday was the official deadline to register to vote. However, this year Californians have an option of registering at any polling place or at the San Bernardino County registrar’s office, 777 E. Rialto Ave. in San Bernardino, between now and Election Day.

"Same Day” registration also will be available at the five Redlands polling places, which will be open on the traditional Election Day hours, 7 a.m. to 8 p.m. and from 10 a.m. to 6 p.m. on the prior three days. Ballots will be “provisional” and will become valid after all the information is confirmed.