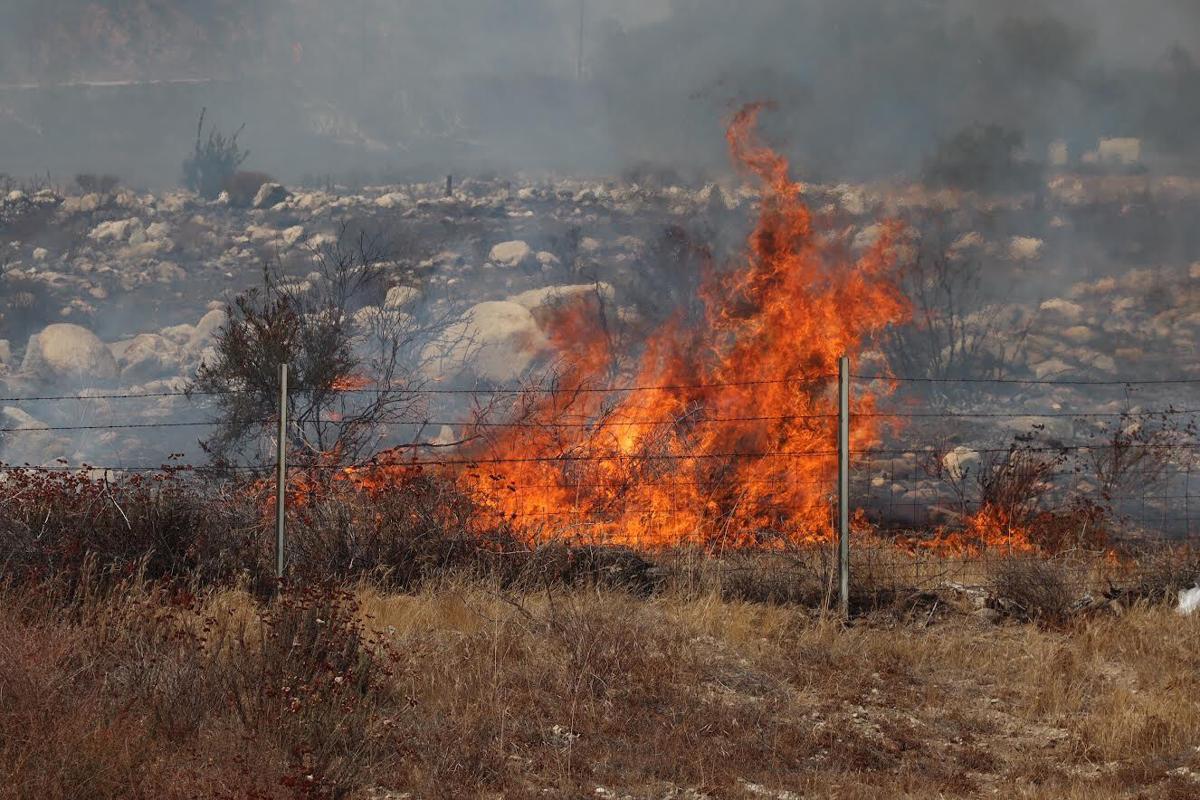 The Lytle Creek community has been evacuated because of the 680-acre South Fire. 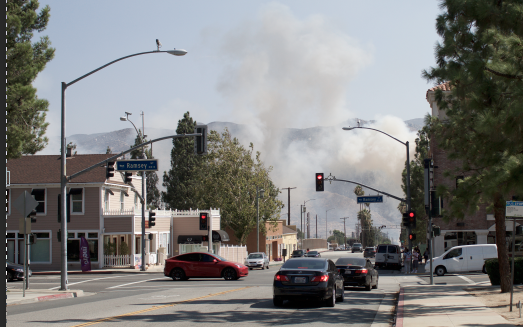 View of the Westward Fire from downtown Banning.

The South Fire near Lytle has burned 680 acres, destroyed four homes and 14 other structures, Cal Fire reports. It was zero percent contained of 7:30 this morning.

Another fire has burned 160 acres near Banning and was 60% contained as of 8 a.m. today. There are 275 firefighters battling the blaze.

An evacuation order remains in effect for the entire community of Lytle Creek. Due to the single two-lane road in and out of town, lack of lighting and the number of fire apparatus operating on Lytle Creek Road, residents are being escorted out of the area by law enforcement.

The South Fire — north of Glen Helen, east of Sierra Avenue and Lytle Creek Road and west of the Interstate15 — broke out at Wednesday afternoon. Evacuation orders were issued for residents north of the Lytle Creek Ranger Station, according to the San Bernardino County Sheriff’s Department.

An evacuation center has been established at the Jessie Turner Center at 15556 Summit Ave. in Fontana. Large animals can be taken to the Devore Animal Shelter at 19777 Shelter Way.

The Westward Fire in Banning also broke at around 2:15 p.m. Wednesday off South San Gorgonio Avenue and Fourth Street, Cal Fire reports. Highway 243 was closed in both directions but has since reopened.

According to the Riversde County Fire Department, 185 firefighters are battling blaze with 22 engine companies, three air tankers, one helicopter and two bulldozers.

The National Weather Service has issued a heat advisory starting at 10 a.m. today through the weekend with high temperatures of at least 100 through Sunday.