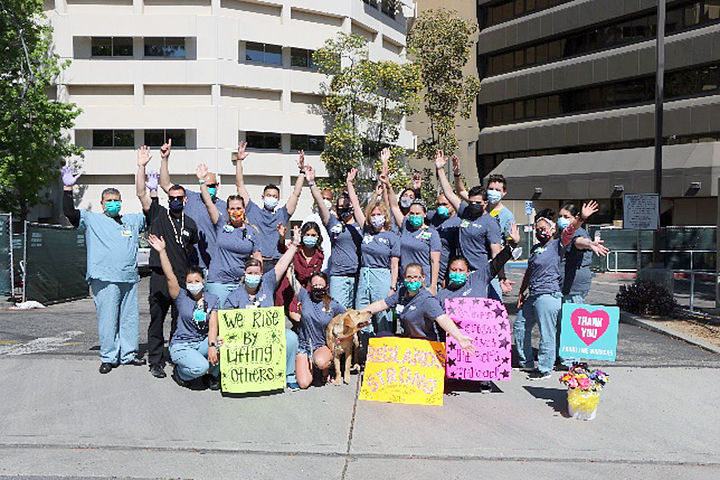 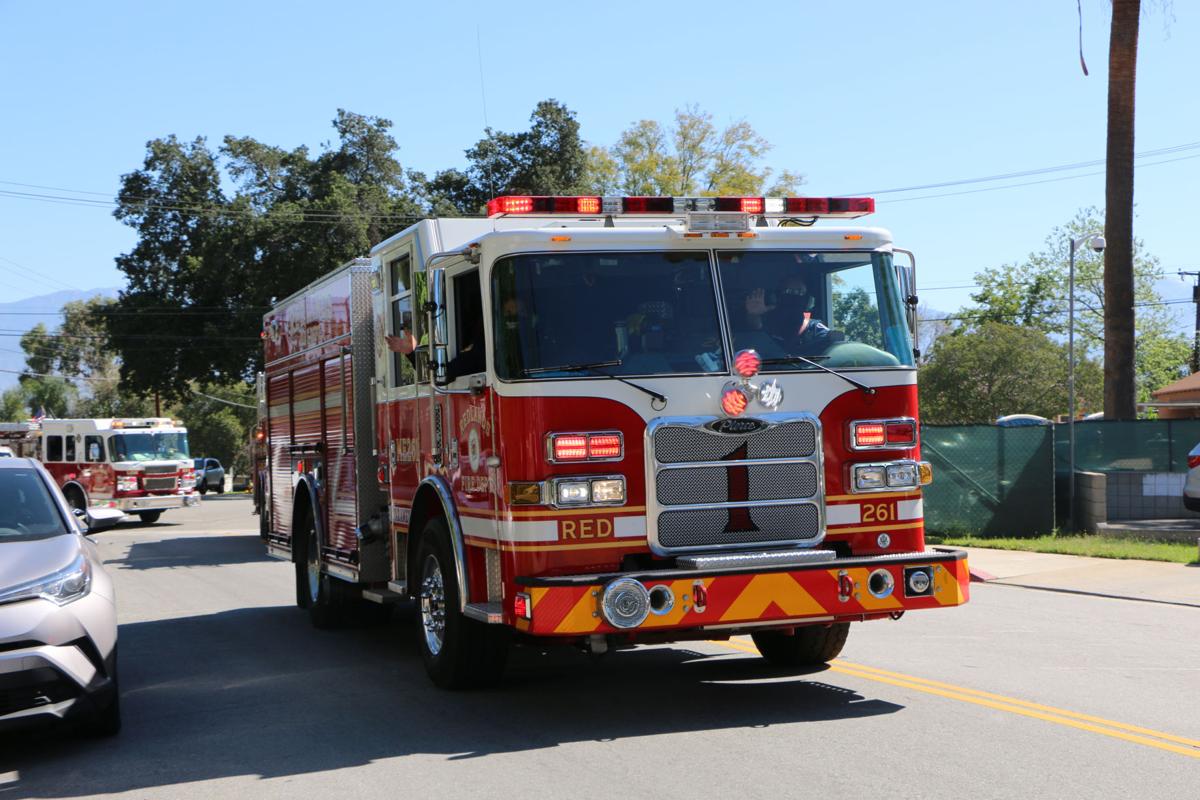 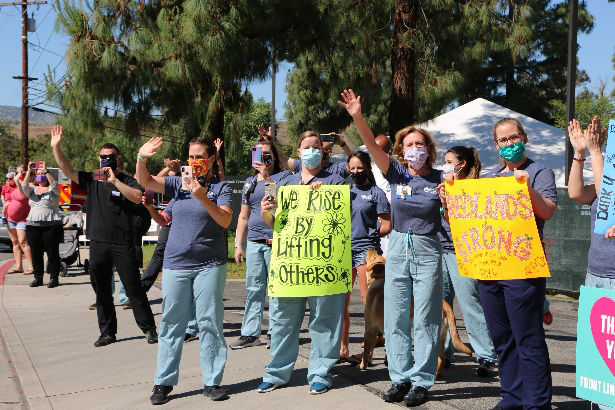 First responders from Redlands and surrounding agencies paid tribute to health care workers at Redlands Community Hospital with a parade of fire apparatus, police cars and ambulances outside the hospital Tuesday morning, April 28.

After parading by the front of the hospital with lights flashing, the vehicles stopped near the hospital’s emergency entrance where first responders got out of their vehicles and applauded the hospital staff that had briefly assembled outside the building.

The parade was organized as a gesture of gratitude and respect for medical personnel currently treating patients affected by the COVID-19 pandemic.