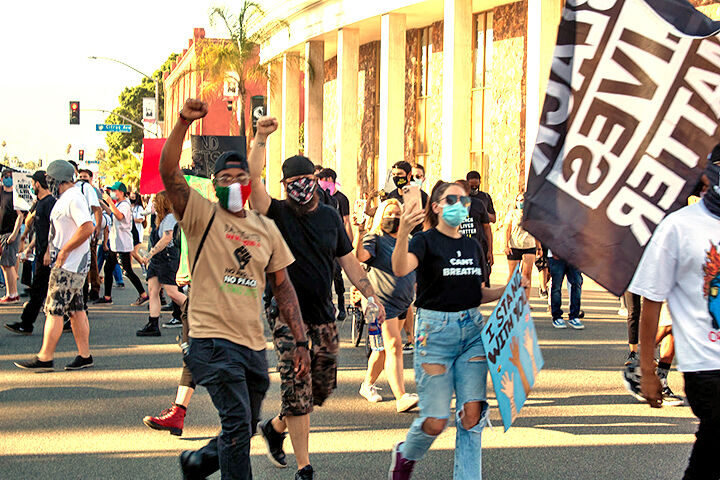 After speeches at Ed Hales Park, “defund the police” protesters march past City Hall to the Redlands police administration building. 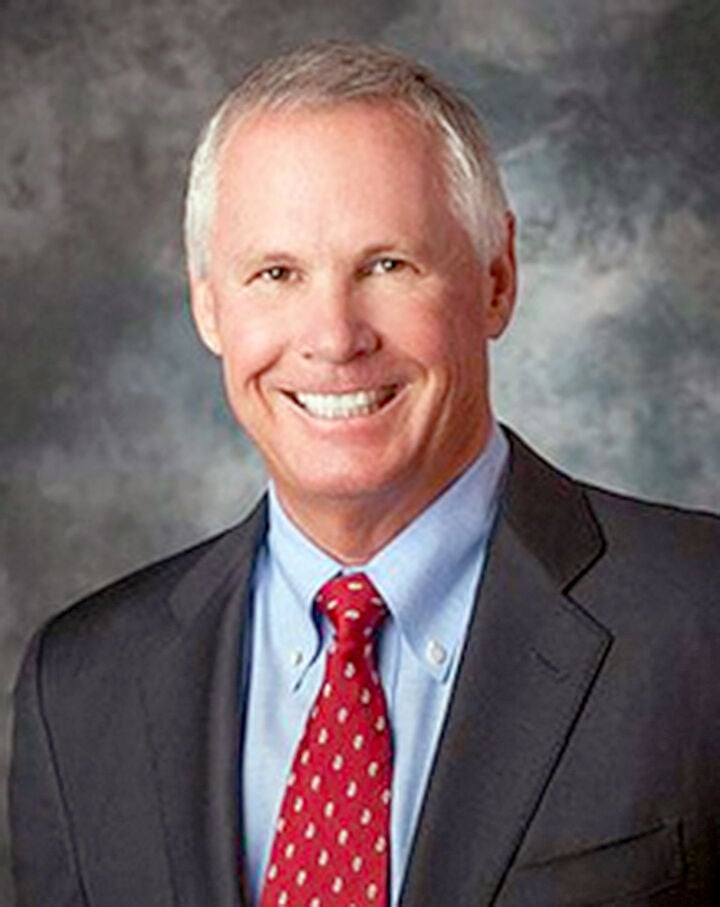 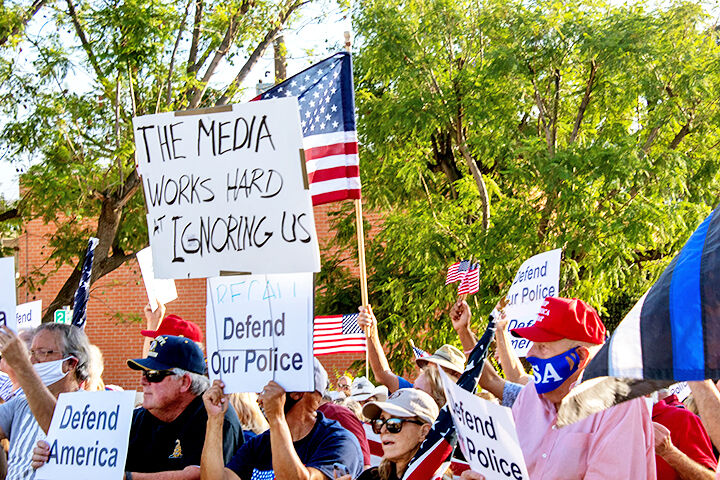 The “defend the police” rally was organized by Redlands City Councilman Paul Barich.

A “defund the police” rally held Tuesday to protest a black man being forced to get out of his car and handcuffed after a traffic stop led to a half-hour shouting match with a “defend the police” protest, amplified by bullhorns.

The incident occurred on Friday, July 24, after Stanley Clairborne was pulled over by Redlands police in front his house for having tinted windows and a broken taillight. A self-made video shows him refusing to get out of his car, which led to a citation for resisting arrest.

“I’m not going to get out of the car because I didn’t do anything,” Clairborne told officers in the 20-minute video.

The encounter inspired a protest organized by Tony Boswell, a member of Black Lives Matter Inland Empire. Clairborne was pulled over “only because of the color of his skin,” Boswell said to gathering of an estimated 200 people in Ed Hales Park.

When Clairborne finally got out of the car, he was handcuffed and injured. His wrist was bandaged at the scene.

City spokesman Carl Baker said Redlands police have viewed the videos of the traffic stop from July 24 that were posted to social media and have reviewed the incident consistent with Redlands police policy for all use of force.

“The video that was posted does not show the beginning of the traffic stop or the initial interaction between the officers and the driver of the vehicle,” Baker said.

“Prior to the beginning of the video, officers informed the driver why he was being stopped. After the driver refused to comply with a lawful order by the officers to cease making a third-party phone call, he was instructed to exit the vehicle.”

When he refused to comply with that lawful order, officers applied minimal force to gain compliance, Baker said.

“Based on our review, there was no violation of policy or of the law by Redlands police officers,” he said.

The “defend the police” rally was organized by Redlands City Councilman Paul Barich.

“The main purpose was to thank our wonderful Redlands police,” he said Wednesday morning. “We weren’t trying to change anyone’s mind.”

While there was a lot of shouting, nobody was hurt and there were no arrests, he added.

Baker said the city and Redlands police support the right of all citizens to demonstrate.

“The department took precautions to ensure that all demonstrators were able to safely exercise their First Amendment rights, as we have done in the past,” he said.

“The city of Redlands and the Redlands Police Department will always welcome residents to express their opinions in a peaceful manner.”

Officers patrolled the middle ground throughout the confrontation.

After Boswell and others spoke at Ed Hales Park, the crowd marched to the Redlands Police administration building across from City Hall at about 6 p.m.

The Black Lives Matter crowd started chanting, “Where are your masks?”

In response to frequent chants of “black lives matter,” the other side responded with “all lives matter” and “USA! USA! USA!”

A few minutes later that side started to break up, too.