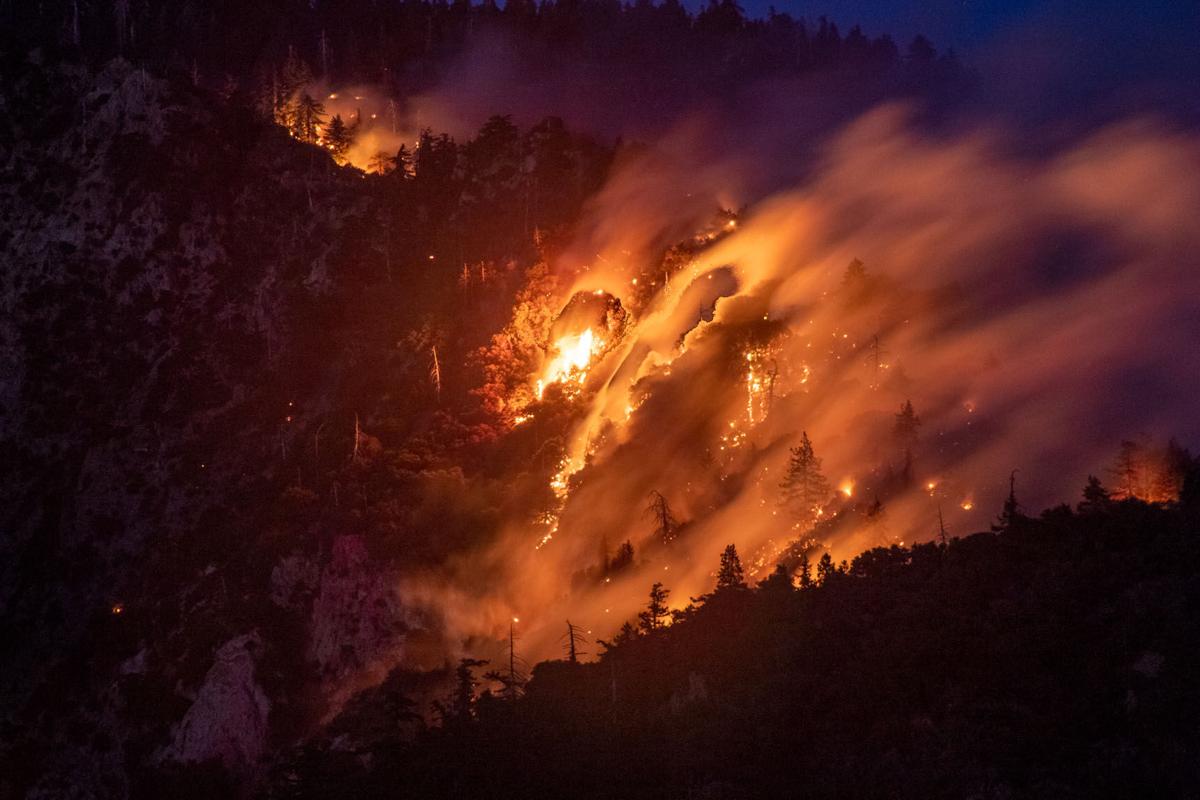 After six days, the Apple Fire is still a threat in Oak Glen. This is the view of the hills across from Los Rios Rancho, Southern California’s largest apple farm. It has been in operation since 1906. 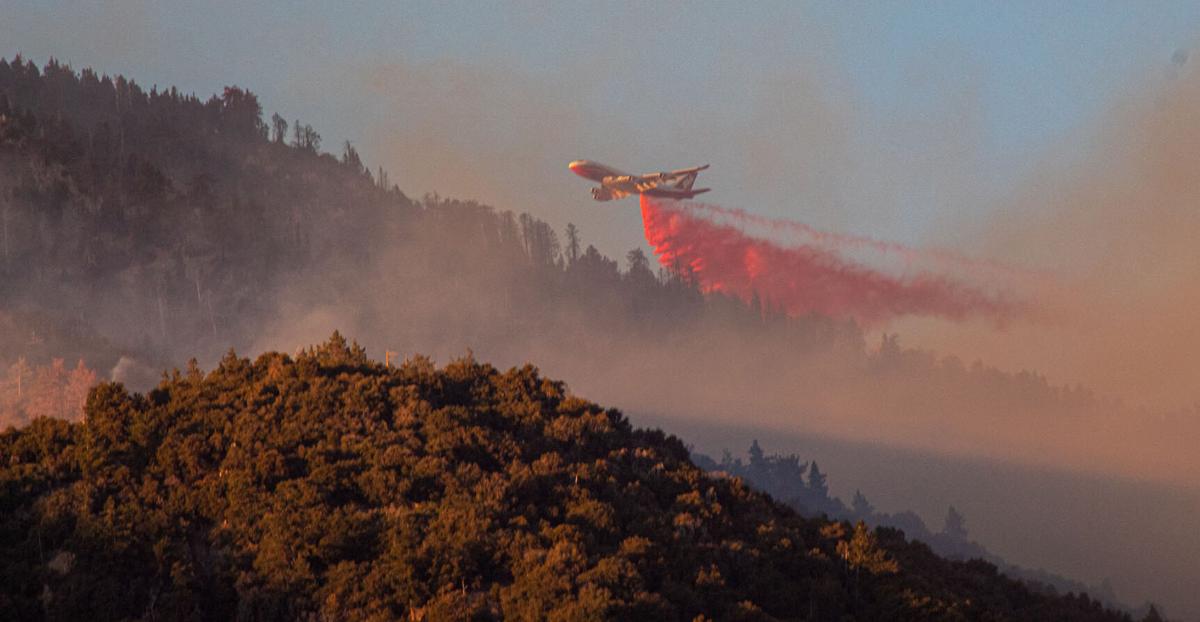 Another significant effort by firefighters to stop the fire from cresting the ridge and threatening Forest Falls again.

The containment line in the Oak Glen area was expected to be complete on Friday, according the Friday morning update by Cal Fire.

The fire, which started a week ago by a faulty diesel engine, has burned 29,267 acres, nearly 46 square miles. It is still 30 percent contained. Earlier this week, the U.S. Forest Service estimated it would be fully contained by Monday, Aug. 17.

“Good progress has been made on Yucaipa Ridge as well reducing the threat to Forest Falls,” said the report posted at 9:55 a.m. “As threats are reduced and containment line has been completed, firefighting resources will shift to areas of greater threat as needed.”

“Winds have been favorable and the operation has been successful,” the report said.

For San Bernardino County residents, the evacuation order has been lifted for all areas east of Oak Glen Road, including Potato Canyon and Pine Bench north of the Riverside/San Bernardino county line.

An evacuation warning is in effect for the area east of Potrero Road, west to Highway 62 and north of Interstate 10.

Additionally, all Forest Service recreation areas in the Forest Falls area are closed. Fire restrictions have increased across the San Bernardino National Forest. Visit  fs.usda.gov/sbnf for additional details and updates.

The Pacific Crest National Scenic Trail is closed to all traffic between the Cottonwood Trailhead, near the community of San Gorgonio, and Forest Road 1N101, also known as Pipes Canyon Road.

Smoke will travel toward Morongo Valley and remain in the area until late evening. People with health conditions sensitive to smoke should reduce prolonged or heavy outdoor exercise in this area today.

All road closures in Riverside County have been lifted.

The Apple Fire Unified Command will host a community meeting at 6 p.m. at the Morongo Valley Community Center, 11165 Vale Drive, Morongo Valley, to update the public on the latest fire behavior, suppression tactics and possible evacuations and closures.

Members of the Incident Management Team will present a short briefing regarding the incident and will be available to answer questions.

On Wednesday, the Cal Fire website said 12 structures had been destroyed, but today’s report says there were only four. One injury has been reported.