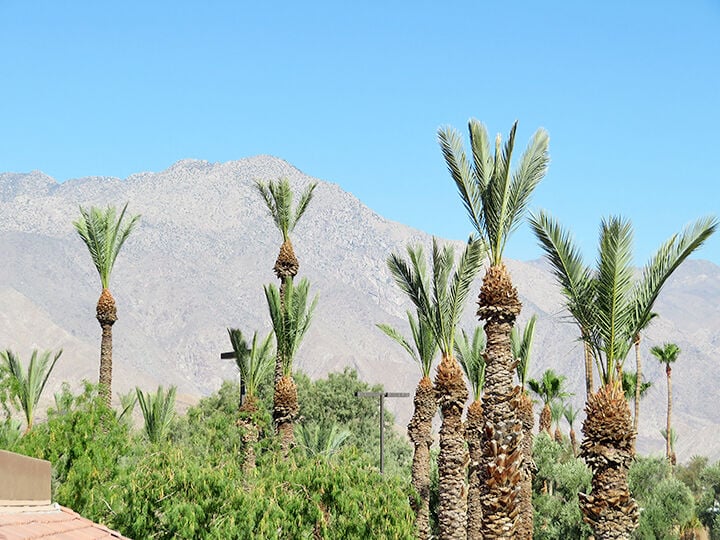 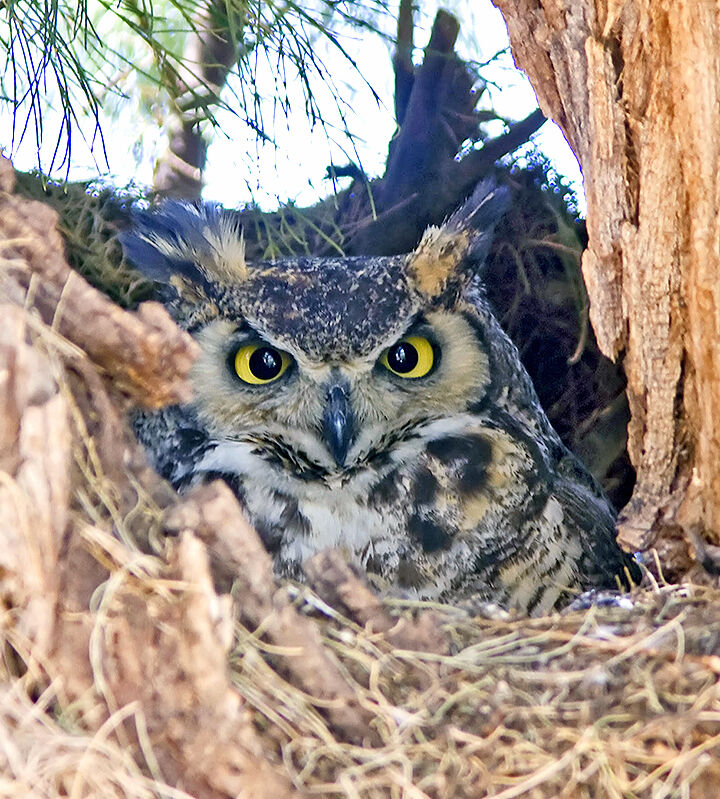 If you’re thinking of pruning trees on your property, do it now.

First, the cooler months when trees are dormant are the best times for pruning. Also, some birds such as great horned owls, hummingbirds and some songbirds begin nesting in February in Southern California. And because they instinctually conceal their nests, tree pruning is recommended from September until February.

“It’s important that people know that nesting birds are protected, and that they need to monitor any tree or shrub pruning on their properties,” said Chris Sedmack, president of the Redlands Horticulture and Improvement Society.

If postponing tree and palm trimming is not possible, visual inspection must take place and pruning stopped if nests are sighted.

Certified wildlife rehabber Kandie Cansler is enjoying this quieter time with fewer birds. She recommends pruning now or waiting until fall. Cansler said palms are a common nest sites for raptors and orioles, which build hidden nests under the fronds. She also discourages cutting down dead trees in the spring because of cavity nesters such as screech owls and kestrels.

If you witness tree trimmers or anyone disturbing or destroying nests, tell them to stop as it’s against the law. If it continues, call the California Department of Fish & Wildlife’s CALTIP at (888)334-2258, and take photos if possible. An officer will show up and can administer fines.

Too many trees are pruned excessively. According to industry standards, never remove more than 25% of total tree foliage in a year – but many arborists say taking this much from, say a mature native oak tree, is way too much. Hiring an ISA (International Society of Arboriculture) certified arborist is very important. Many people don’t know that tree trimming companies are not required to have any education about trees or pruning.

Topping is perhaps the most harmful tree pruning practice known. This cutting of tree branches to stubs stresses trees and causes weak shoots that are prone to breaking. Be aware that some companies default to this practice because it’s inexpensive.

Palms should be pruned so that the lowest palm fronds are horizontal to the tree. They should not be “rooster-tailed” where only several fronds are left. While the palm may survive, it weakens the tree and exposes the remaining fronds to wind damage.

If our low rainfall continues, water your trees. My rain meter has logged just under two inches of rain this season. Even a few deep waterings — allowing water to slowly soak into the top 8 to 12 inches of soil — can mean the difference between tree survival and distress.

Linda Richards is a science writer, and a garden ambassador with the California Native Plant Society. Her blog — ifnaturecouldtalk.com — includes more information about our natural world.

In response to reports of tree trimming companies harming nests, last year the city of Redlands with help from experts developed a brochure for the public and tree trimmers. It is available at cityofredlands.org/sites/main/files/file-attachments/nesting_birds_tree_trimming_guidelines.pdf?1581023358.