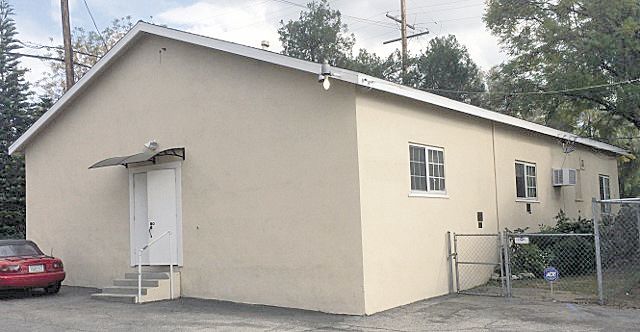 Holmes Hall at the Center for Spiritual Living Redlands being used as a temporary shelter for the homeless. 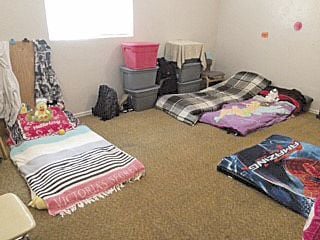 Homeless clients sleep on mats on the floor with adjacent storage space for personal belongings.

Ed Torres, board president of the Center for Spiritual Living Redlands, believes that it’s not enough just to offer the homeless a free handout. That alone, according to his experience, only encourages homelessness.

The key, he advocates, is to take the second step and provide them with a hand up out of their situation.

As cities and counties across the U.S. continue grappling with their respective homeless issues, the federal courts have established precedent that cities and counties cannot criminalize homelessness. Authorities can’t arrest or cite people for vagrancy for sleeping on sidewalks in parks, or other public places if no other shelter is provided.

Since 2016, the city of Redlands has ranked No. 3 among San Bernardino County’s 24 cities in the number of unsheltered homeless persons, with 183 reported in 2019.

Despite its countywide ranking for its unsheltered homeless population, the city of Redlands has no cold weather or temporary shelters for homeless men, women and children.

On Jan. 16, Redlands police and code enforcement shuttered the city’s only cold-weather shelter, operated by Set Free Church at 200 E. High Ave., because of code violations. The closure displaced roughly 20 homeless men and women during the worst winter storm of the season.

At that point the Center for Spiritual Living Redlands stepped in to provide a temporary cold weather shelter for the displaced women at its 875-square-foot Holmes Hall at 602 N. Church St, while two other local churches — the River and Holy Name of Jesus — subsequently provided shelter to some of the homeless men through March 31. The center received assistance with its shelter operations through March 31 from the Redlands Charitable Resources Coalition, a local charity providing aid to the homeless.

The Center for Spiritual Living Redlands’ Holmes Hall consists of four rooms, a waiting room, living room area, a restroom and a full kitchen. (Upgrades are underway to make the restroom and entrance ADA compliant). In one room, homeless clients sleep on mats on the floor and have storage space next to their sleeping area for their personal belongings.

Since the Cold-weather program ended in March, the center has continued operating as a safe shelter for a small group of homeless women. This effort has spawned what is now envisioned as the Safe Shelter program and is considered by the center as one of the key components to reintegrating such individuals.

The center also helps individuals obtain necessary ID and other legal paperwork, which is important to be able to integrate back into society.

What is to happen with the homeless in Redlands going forward?

To the Center for Spiritual Living Redlands and other faith-based organizations, it is clear that the homeless issue necessitates hands-on community action.

The center is offering to join other nonprofit organizations and advocacy groups in the fight against homelessness by providing the community with an option it strongly believes will have a significant impact in reducing the homeless population in Redlands.

In the more than eight months it has operated as a homeless shelter, the center’s staff and volunteers have developed a six-month shelter program and established a budget to cover operating expenses. It is the center’s vision to see this program replicated by other churches citywide as one of the key components to reintegrating such individuals.

Homelessness in the Redlands area is too big an issue for any one entity to solve but by a coalition of concerned individuals and entities working together to provide the necessary money, manpower and materials it can certainly be managed on a much more acceptable level for all concerned.

The Center for Spiritual Living

For more on the Center for Spiritual Living Redlands visit cslredlands.org.

Email comments or ideas on how to address the homeless issue to: johnrcnreply@gmail.com