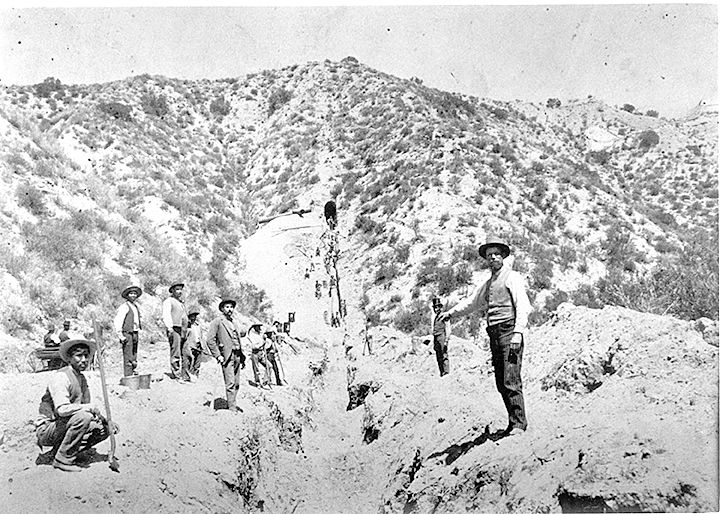 Bearry Roberts stands on far right of photo with a shirt in his hand. The tunnel pasted through his cattle ranch in San Timoteo Canyon.  The ditch is part of the Bear Valley Irrigation project to bring irrigation water from Big Bear to Moreno Valley and Alessandro in 1890. 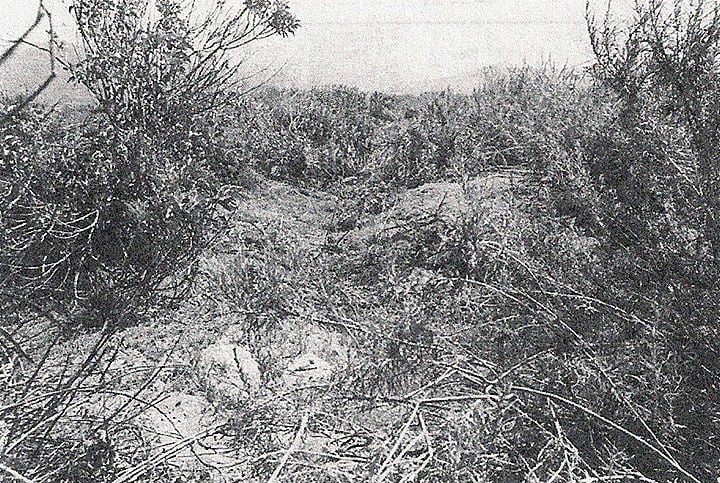 This ditch was built by Bishop Nathan C. Tenny in 1858 and used as part of the Bearry Roberts ditch in 1868. 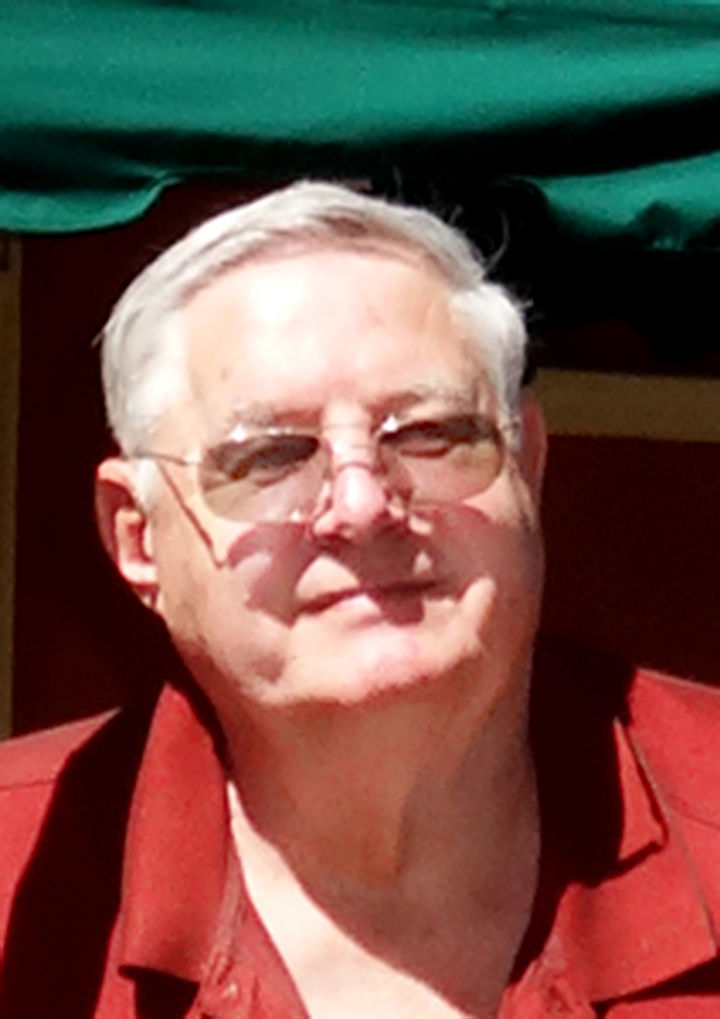 Writing the Mill Creek Zanja Driving Tour in 2009 and serving on the Redlands Conservancy Zanja Committee, the pronunciation and spelling of the Mill Creek Zanja came up at each meeting with advocates for each side aligned in friendly disagreement. Zanja is the Spanish word for ditch.

Sankey advocates grew up in Greenspot, Mentone, Crafton, Redlands and in the Mission District between Redlands and Loma Linda. Their pronunciation and spelling defense relies on tradition. No one grew up on the banks of the Zahn-ha but they all with pride point to the stream called the Sankey and in fact sometimes call every ditch in Redlands a Sankey.

Most of the time these folks are pointing to storm water ditches built in the 1890s. One common error is the Mission Storm Water Ditch, which parallels West State Street angling toward Jenny Davis Park. This ditch was a Works Progress Administration project during the Great Depression.

Research indicates the error of our ways began more than a century ago. In 1855, the newly created San Bernardino County Board of Supervisors organized a Water Commission Board following a new State law to apportion streams and water ditches throughout the county.

The San Bernardino Water Board consisted of three Mormon men who were all new to California and the Spanish language. They did continue to call all public water ditches zanjas and required each ditch to elect a water overseer to allocate water and suggest the annual fee for maintenance of the ditch. The “overseer” position was later called a zanjero or one who tends the ditch. This last name remained unchanged throughout zanja history.

The San Bernardino Valley had many Spanish speaking pioneers living in San Timoteo Canyon and especially San Salvador or South Colton along the Santa Ana River.  These individuals helped for a while to keep Spanish names used correctly.

Water records were especially important and the county required the county recorder to name the owners of each zanja, the hours of water they claimed, the rotation of hours and any sale of shares that would take place during the year.  Each zanja gave an annual report and new water locations or claims were recorded. Even claims that were rejected by the Water Commission were recorded.

Myron Crafts was looking to buy 480 acres in the East San Bernardino Valley in 1858 and he wanted to know about the Mill Creek “Zieca” as a source of water for the land.  The county recorder informed him that he would have no legal claim to the “Zieca.” Here we see the first of many incorrect spellings of zanja, which lead to the mispronunciations of the present. Crafts lived in Altoona, Pennsylvania, in 1858 and can be excused for his misspelling. The county recorder used the Crafts spelling for the duration of his term.

Frustrated by the Spanish written language of “zanja” the Water Commission, began to simply call the 1819 ditch “Mill Creek.”  This eventually led to Myron Crafts in Cave v. Crafts 1875-1876 to claim a riparian right to this “natural stream” since he owned land bordering along the banks. He lost the lawsuit when mountain man Daniel Sexton and Francisco Alvarado testified on the digging of the zanja in 1819.

This suit resurrected the Zanja name but with the pronunciation error of Sankey. The Spanish language was less spoken in the East San Bernardino Valley by the 1880s when Redlands began. No Spanish-speaking owner was ever listed as a share owner for the Zanja.

Clinging to tradition is a natural inclination. The incorrect pronunciation and spelling are now part of the historical record too. The Mill Creek Zanja had a 200th Anniversary on Saturday, Sept. 21, with a new plaque in Sylvan Park. I note that my computer places a red underline every time I print the name.

Tom Atchley is a retired history and journalism teacher at Redlands High School, and a longtime Redlands historian.