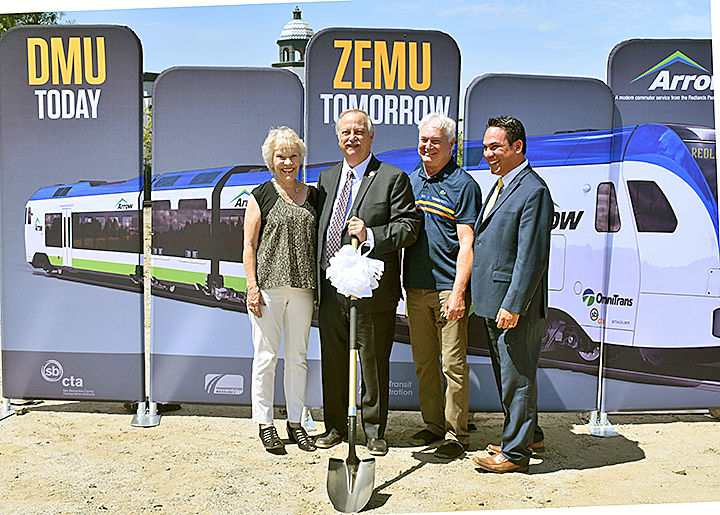 Just before the groundbreaking for the Redlands Passenger Rail Project on Friday, July 19, former state Sen. Bill Emmerson, a member of the Museum of Redlands board, asked Rep. Pete Aguilar for the shovel he used in the ceremony. City videographer Cheryl Williams arranged for three former Redlands mayors and the current mayor to pose with the shovel.

The shovel is among many artifacts waiting to go on display at the museum site at 700 Brookside Ave.