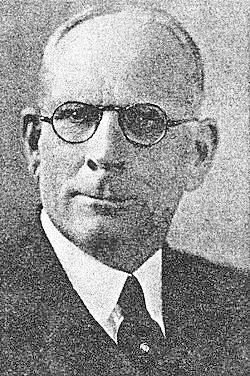 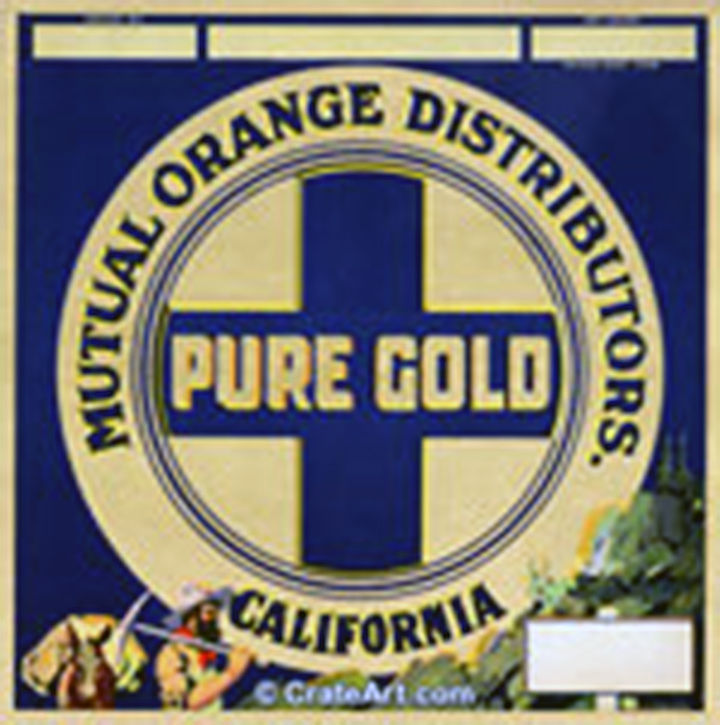 In 1885, a steam locomotive pulled into the old San Timoteo Canyon station.

After a six-day journey, 16-year-old Arthur Gregory arrived at the town he would help form, Redlands, California.

After working a few years on the family farm, Gregory rented a 5-acre lot on the corner of Cajon Street and Palm Avenue. He grew watermelons, which he sold door to door.

He bought a packinghouse and fruit dryer to harvest, dehydrate and ship his apricots and peaches.

Gregory then leased neglected orchards, establishing a thriving business for more than a decade.

In the early 1900s, Gregory created the 1,000-acre Marigold Farms, which shipped thousands of railroad cars of navel and Valencia oranges with the Pure Gold label annually. In 1927, he formed the packinghouses he managed into MOD, Mutual Orange Distributors.

It became the second-largest citrus shipping company in Southern California.

Needing more crates, he purchased 1,500 acres in the San Bernardino Mountains for the timber. There, Gregory also created the artificial lake that bears his name.

Gregory was a founder of the University of Redlands, a trustee for some 40 years and later a trustee emeritus.

In 1938, while serving on the board of the university Gregory became close friends with Dr. William Cathwood and embraced his vision to establish a place where young people could experience God’s creation and the Gospel in a powerful and natural setting.

So he donated 10 acres of his mountain property to the Southern Baptist Convention, and Thousand Pines Christian Camp was born. The first camp was in the summer of 1939.

The 1920s saw a group of Redlands businessmen seeking to restore the city to what it had been at the turn of the century — when Redlands was known as “The Jewel of the Valley.”

To this end the Monte Vista Syndicate, was formed.

In 1926 it purchased the Burrage estate from Leach Cross, who had acquired it the year before.

The syndicate also wanted to purchase the adjoining Greene property to create a 50-acre hotel resort. The project was called the Monte Vista Tourist Hotel Project.

The Greene property, however, was never purchased, and because of the Great Depression, the project was never built. Purchasing the Burrage estate from the Monte Vista Syndicate in 1931, he found the cost for its upkeep extremely expensive.

The Catholic Sisters of the Mission Catechist of Our Blessed Lady of Victory, who were his tenants, sought larger quarters. Gregory proposed they stay at the Burrage as caretakers rent-free.

So in 1937 they moved in. Three years later they bought the property and named it the Queen of the Missions.

As their largest retreat facility it was used as their order’s summer retreat.

But their order dwindled until only seven nuns remained to oversee the 20-acre property. The church then sold it to Dr. Cyril Blaine, a Loma Linda physician, in 1974.

Several other parties have owned the property since that time.

Although the Monte Vista Tourist Hotel Project had failed Gregory was confident a downtown hotel, like Riverside’s Mission Inn would greatly benefit Redlands.

In 1931, the 50-room La Posada Hotel opened. Its large La Posada sign atop the three-story hotel’s tower could be seen from miles away.

For more than 20 years the luxurious La Posada Hotel, at the northeast corner of State and Orange streets, was the center of civic life in Redlands. After his wife Frances died in 1941, Gregory made his home there. Sunday morning Feb. 28, 1954 at the age of 84 Arthur Gregory — farmer, pioneer, Baptist layman, philanthropist, founder and entrepreneur who helped build Redlands — was found dead in his room by a hotel maid.

Sadly the beautiful La Posada was demolished in 1973 to build the now-empty Redlands Mall.

Tom Fontanes of Redlands is an artist and historian who served in the U.S. Marines during the Vietnam War.