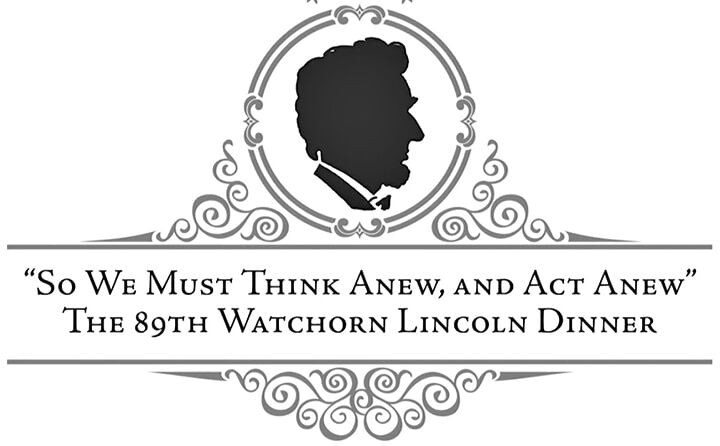 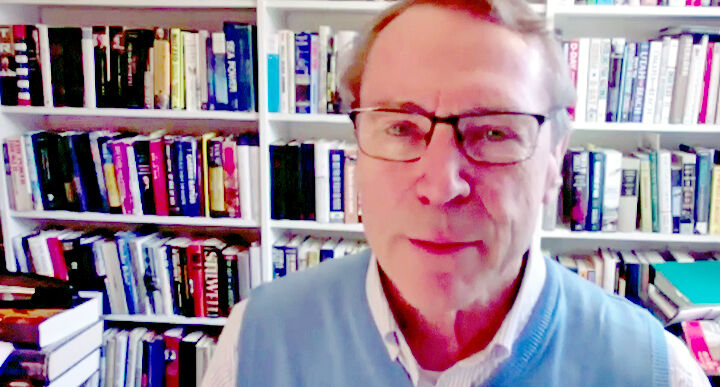 ‘Lincoln had a sense of humor, and it was partly a refuge but also a political tool to escape some of the pressures of being president during a difficult time.’ Craig Symonds, emeritus professor at the U.S. Naval Academy, 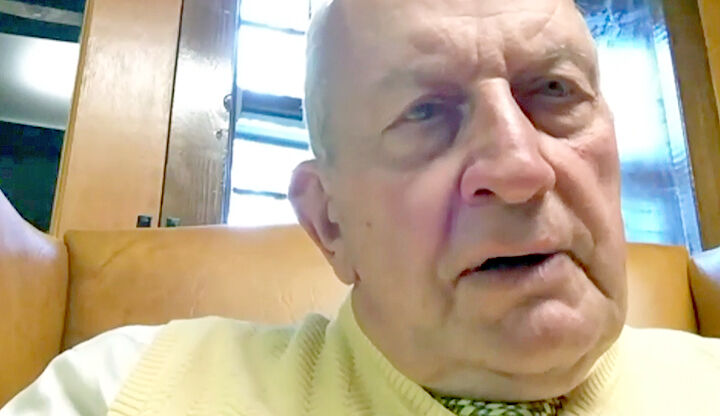 ‘Lincoln always warned against mob rule, which we just witnessed on Jan. 6. That is not new, but it is a problem and a cancer. Lincoln said a house divided couldn’t stand. He is again warning America.’ 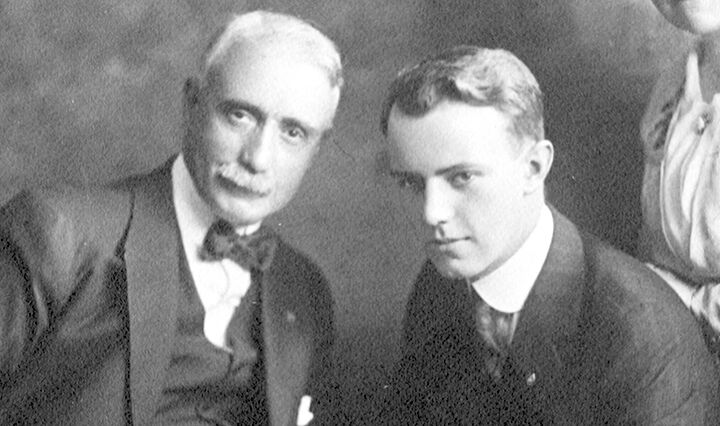 The program began with Vince Watchorn, great-grand-nephew of Robert Watchorn, giving a brief history of the Lincoln Memorial Shrine.

“Lincoln had a sense of humor, and it was partly a refuge but also a political tool to escape some of the pressures of being president during a difficult time,” said Symonds. “He could vary the temper of his stories depending on the audience. His stories weren’t just jokes; they had a point, a twist, meaning and metaphors. Humor is a tool we can use not only to dissuade office seekers and troublemakers but also as a metaphor to solve political problems.”

Frank Williams, retired chief justice of the Supreme Court of Rhode Island, said the United States today is a house divided much like it was during Lincoln’s presidency.

“A division exists in our country,” he said. “Not just during the last four years but right at this moment with the new administration. Many of us go back to the paradigm of Lincoln. He is a prime example of how we should survive this pandemic and the disagreements that exist between citizens. I look to Lincoln and remember his Lyceum speech in 1838. He predicted what we are going through today.

“We have become our own worst enemies,” continued Williams. “We do so with a strain of violence that has always existed since our founding. What did Lincoln prescribe as an antidote to this problem? His speech says it has to be a reverence for the laws. And we should preach it to everyone. I think Lincoln had it right, but we are not teaching. We are only speaking, and no one is listening. And that is disconcerting. Lincoln always warned against mob rule, which we just witnessed on Jan. 6. That is not new, but it is a problem and a cancer. Lincoln said a house divided couldn’t stand. He is again warning America.”

Edna Greene Medford, associate provost and professor at Howard University, said the riot at that capital on Jan. 6 brought to mind a letter Lincoln wrote to Joshua Speed in 1855.

“The letter revealed the divisions between the future president, who challenged the expansion of slavery and Americans like Speed, who believed in the right of one person to own another. At one point in the letter, Lincoln refers to the newly formed No Nothings.

Although the No Nothings advocated anti-slavery, they simultaneously represented virulent nativism that sought to disadvantage immigrants.

Lincoln regarded the Constitution as the blueprint for securing liberty everywhere. He invited us to strive for a more perfect union, understanding we could never reach perfection but urging us to get as close to it as humanly possible.

“Jan. 6 was, in essence, a repudiation of that goal, an attempt to reverse the progress of 150 years,” continued Medford. “It was a warning that liberty can be hijacked by the forces of authoritarianism. Lincoln would have been devastated to see how close we came to joining the ranks of despotic governments we claim to revile. Let us as a nation commit ourselves to building the nation he envisioned by finishing the work he began.”

The total for the past five years sits at $114,326 to be used to purchase pieces for the shrine.

Sawyer Castleberry-Backman, University of Redlands class of 2021, is the winner of two award…