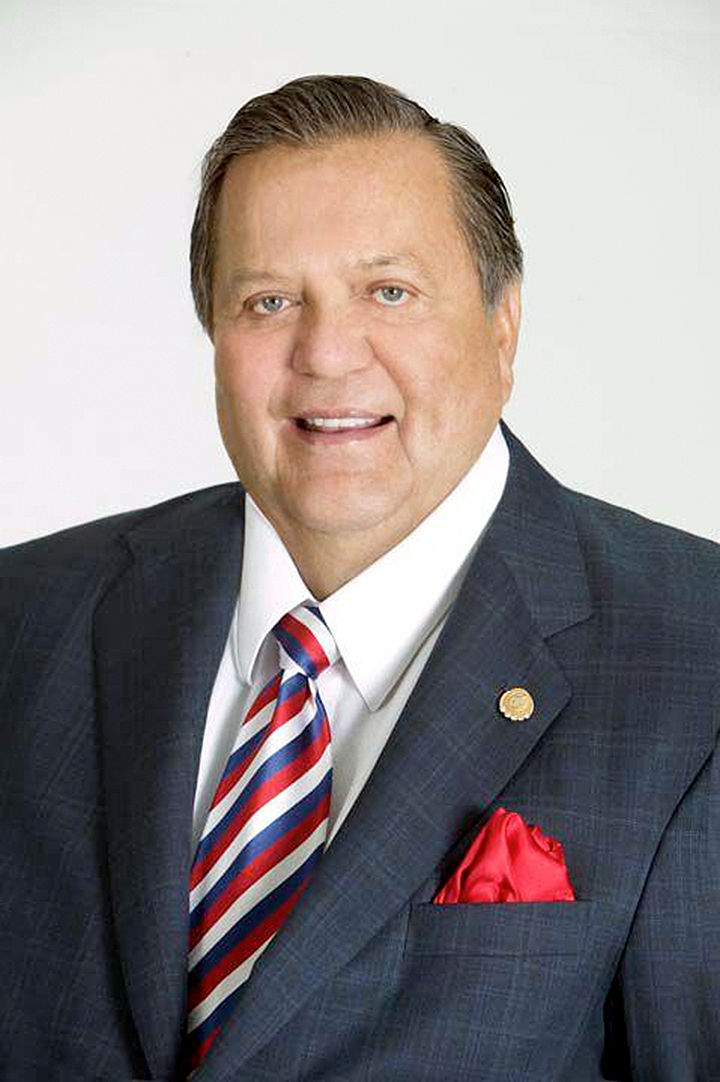 Jack Brown, the late executive chairman of Stater Bros., was always proud of where he grew up. His legacy will continue with Hometown Heroes displays at the Museum of Redlands. 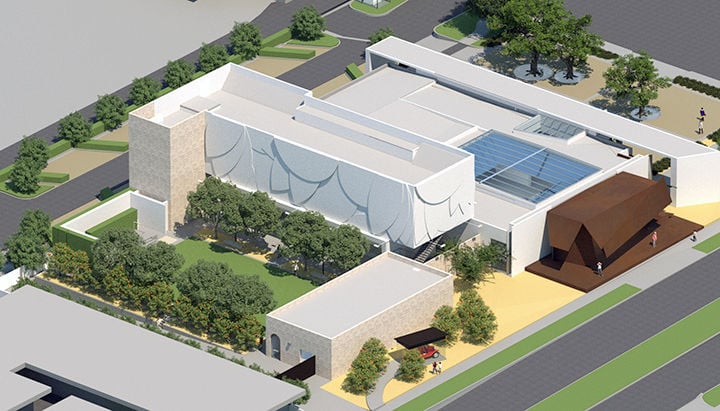 Johnson Favaro architects have designed the building that will transform the building at the northwest corner of Center Street and Brookside Avenue into a showcase of the history of Redlands.

The Museum of Redlands has received a major donation from the Jack H. Brown Family Foundation that moves the museum closer to construction.

The amount of the donation has not been disclosed at the request of the donor, except that it will be paid over a five-year period.

The gift will be added to the museum's construction fund and will also be used to create an interactive Hometown Heroes exhibit that will honor Brown and other outstanding individuals from the Inland Empire.

Brown, the late executive chairman of Stater Bros., was always proud of where he grew up.

“Jack was a native son of San Bernardino and proud of his local roots,” said Phillip Smith, Stater Bros. chairman and longtime friend of Brown.

“He wanted to ensure that future generations knew about the many famous and influential people who came from the Inland Empire and could identify with them,” said Smith. “It was his dream to honor our local hometown heroes so they could be remembered for generations to come.”

The gift has been in the works for about a year, said Smith.

“We hope it gives the museum a good chance to go forward and be a popular place for the community,” he said.

With this gift and others that are under consideration, construction of the museum is expected to begin this fall at the former Redlands Daily Facts building in Redlands, said museum association president Steve Stockton.

The foundation's gift brings the total raised to $9.3 million of the $14 million estimated to be the initial cost of the project.

“Through exhibits and programs, the museum will be able to present the diverse hometown heroes in the context of how they made life better for our region,” said Gonzales.

When construction is complete, museum curators and the Jack H. Brown Family Foundation will collaborate on the collection of objects and artifacts that will be donated to create the Hometown Heroes program. It will be one of the inaugural exhibits.

“We are grateful the Jack H. Brown Family Foundation chose to help support our new museum, enabling us to carry out Brown’s dream of having the heroes of our area recognized,” said Gonzales.

“It will serve as an inspiration for people of all ages, especially school children.”

One of the museum’s biggest donors, Tim Rochford, is thrilled by the foundation’s gift.

“It is wonderful to have them involved. Brown was a large part of our community,” said Rochford. “It is a generous and thoughtful gift.”

The Museum of Redlands has extended its six-month gift-matching challenge until Feb. 14.

The matching campaign started when Rochford, his wife Carol and Clara Clem presented a challenge. They would match all donations between July 1 and Dec. 31, up to $2 million. The Rochfords and Clem would each give $1 million.

“The idea was born more than a year ago,” said Tim Rochford. “We wanted to do something bold to draw attention.”

The plan to extend the campaign until Feb. 14 was a no-brainer, said Rochford.

“The momentum was moving nicely. Why not continue to capitalize on it?” Rochford said.

The campaign has created a buzz around the museum.

“I am ecstatic we raised the amount we did and that the Rochfords and Clem have agreed to extend the challenge,” said Stockton.

The campaign has been aggressive since July.

“We have 35 to 40 people working on this campaign. It is not just one person,” said Stockton.

The museum sent out email blasts and held 20 showcasing events to garner donations.

“The A.K. Smiley Public Library built a model to show what the museum will look like at completion,” said Stockton. “We held private events to show donors our vision.”

Each showcase brought in 40 people. Out of 800 people to attend the events, 750 donated to the museum.

“Outreach to the community is important,” said Stockton. “It is huge that the town is supportive. We know people care about what we are doing.”

The museum has been a work in progress since 2000 when a 13-member committee formed to create the Redlands Historical Museum Association.

The Museum of Redlands had four proposed locations before securing its spot at the old Redlands Daily Facts building in 2014.

In 2000, the first suggested location was the former Redlands City Hall on Cajon Street that at the time housed the Redlands Police Department's Administration Office.

However, there was a problem. The museum would have to wait until the police department vacated the building.

In 2011, the Mutual Orange Distributors packinghouse arose as a possible site for the museum. Clem offered $280,000 to try to outbid George Krikorian. Krikorian owned the movie theater and surrounding property and planned to tear down the packinghouse to have room for a Sprouts Farmers Market.

The packinghouse went to Krikorian.

The Mutual Orange Distributors packinghouse will become the Redlands Public Market, which is under construction. It will be a food court featuring more than a dozen vendors. It is scheduled to open in this fall.

Sprouts Farmers Market is now in the Packinghouse District across the street from the former Krikorian property.

The next proposed location was the Redlands Safety Hall. After a tour, the museum association decided that the site was not suitable for an open exhibition space.

The Safety Hall was believed to be unstable and was declared unsuitable due to leaks in the roof, cracks and asbestos. It has since been torn down.

In 2012, the Post Office on Brookside Avenue was for sale. The museum association felt that the 1930s historic building would be a perfect site.

However, the building was saved for continued use for a post office and also is home to a small postal museum in the lobby.

In 2014, the museum association learned that the old Redlands Daily Facts building was for sale. The cost to purchase the building and the adjacent lot was covered with donations by Clem and the Rochfords.

Finally, the museum had a concrete home.

Now that the museum has a home and fundraising is almost complete, when do renovations start?

“If everything goes according to plan, we will be starting construction in the fall of 2020,” said Stockton.

Stockton said the museum association is thrilled with its architect firm Johnson Favaro.

“After we secured the Redlands Daily Facts building, we sent out letters for design services,” said Stockton.

The museum association was excited by Johnson Favaro's vision.

“When we interviewed the people at the firm, they showed us they had researched the town,” said Stockton. “They already knew things about Redlands.”

Stockton said he was impressed with a single quote.

“They told us, 'We want to take you where you don't think you can go,'” said Stockton.

It excited the museum's board.

“It made us think about bigger and better plans,” said Stockton.

The building is 14,000 square feet and will be two stories.

The second story will be for storage only.

Once renovated, it will feature a functional and modern exterior, open and ample gallery space, dynamic exhibits and displays, interactive displays, a store and an events pavilion and garden.

The adjacent lot is where the pavilion will be.

Stockton said it will be a unique space.

“The pavilion will be where we host summer events. There will be a small stage for performances,” he said.

The museum has more than 2,700 artifacts that have been donated since 2002.

Where does the association store all the history?

After storage space was running out at the A.K. Smiley Public Library, a house with a security system was made available by the city.

The association built $7,000 worth of steel shelves to fill three rooms of the home.

The artifacts range in size, but all tell a little piece of Redlands history.

Some of the earliest donations were over 100 oil paintings of local buildings by artist Hazel E. Olson. One of them shows how the library looked in 1939.

The museum has many eye-popping watercolors and an oil self-portrait by the late artist Jean Crammer. Kimberly Crest donated the art.

Photographs galore are in the association's possession.

Whether it's glossy prints, negatives, scrapbooks or glass lantern slides, the museum has them in its collection. Former Library Director Larry E. Burgess donated a glass slide of Albert Smiley, one of Redlands' most beloved former residents. Burgess brought the slide back from the Smiley hotel in upstate New York.

The slide shows Smiley outside his summer home in Canyon Crest Park.

(In 1869, Albert Smiley purchased 280 acres and a 10-room, rough-and-tumble inn next to a majestic glacial lake in the Hudson River Valley in New York state and developed the Mohonk Mountain House. In June of this year, 90 Redlands residents visited the resort to celebrate its 150th anniversary.

(In 1986, Mohonk and its 7,800 acres was designated a National Historic Landmark by the U.S. Department of the Interior protecting it forever.)

One of the larger acquisitions by the museum is a 1927 International grove truck donated by Bob Break.

The red truck came with a load of field boxes harvesters would use in the groves.

The truck has seen multiple Redlands parades. It is driven in the Fourth of July, Veterans Day and Christmas parades.

The people of Redlands are proud of their town. In a city with a rich history, tradition and charm, it is almost impossible not to be proud of something.

The Museum of Redlands aims to showcase that pride and cement the city’­s legacy.

The Jack H. Brown Family Foundation has been operating for a year. It was created under Brown's trust after he died.

Brown, who was the executive chairman of Stater Bros. before his death in 2016, grew up in San Bernardino and was the founding chairman of the Children's Fund of San Bernardino County, an agency devoted to assisting vulnerable and at-risk children. He served on the boards of the American Red Cross, Goodwill Industries, and the YMCA.

Though relatively new, the foundation donates to multiple organizations that Brown supported.

Redlands visionaries have been trying to make this happen for two decades. 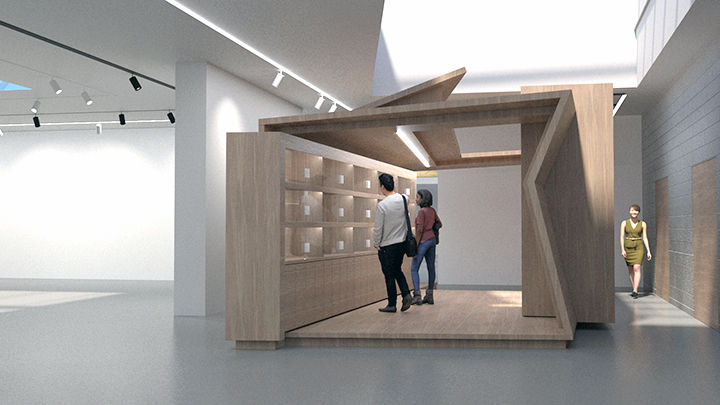 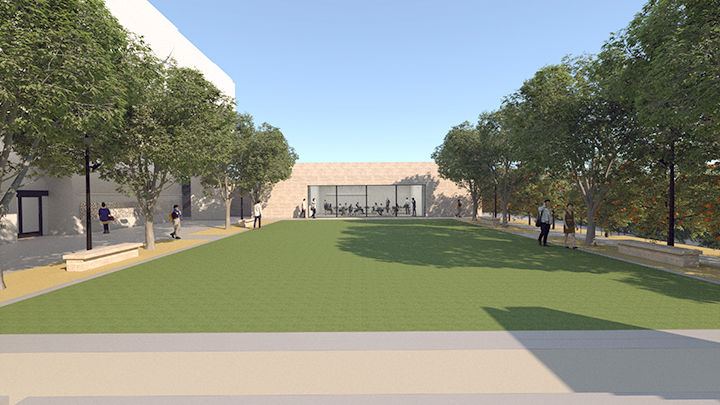 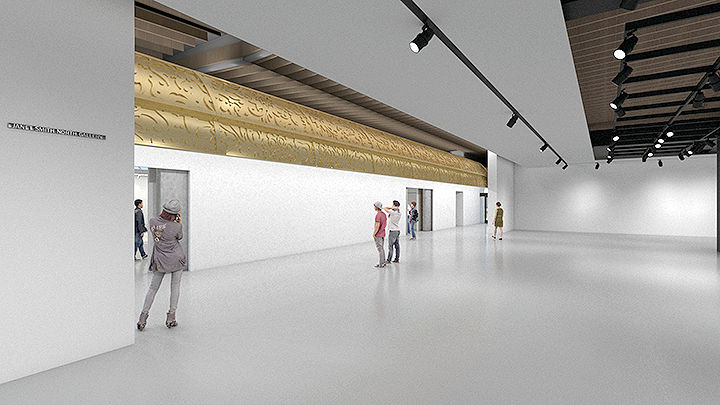 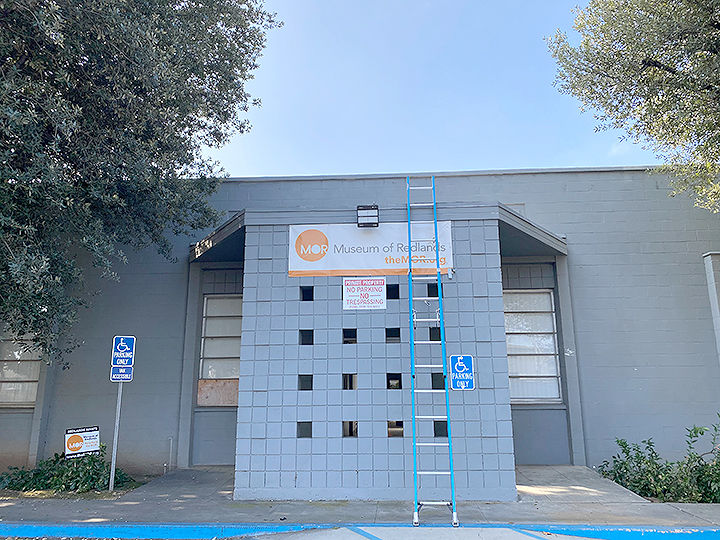 The old Redlands Daily Facts building at Brookside Avenue and Center Street will be converted into the Museum of Redlands.

MOR renderings and a look at the old building.

The old Redlands Daily Facts building at Brookside Avenue and Center Street will be converted into the Museum of Redlands.