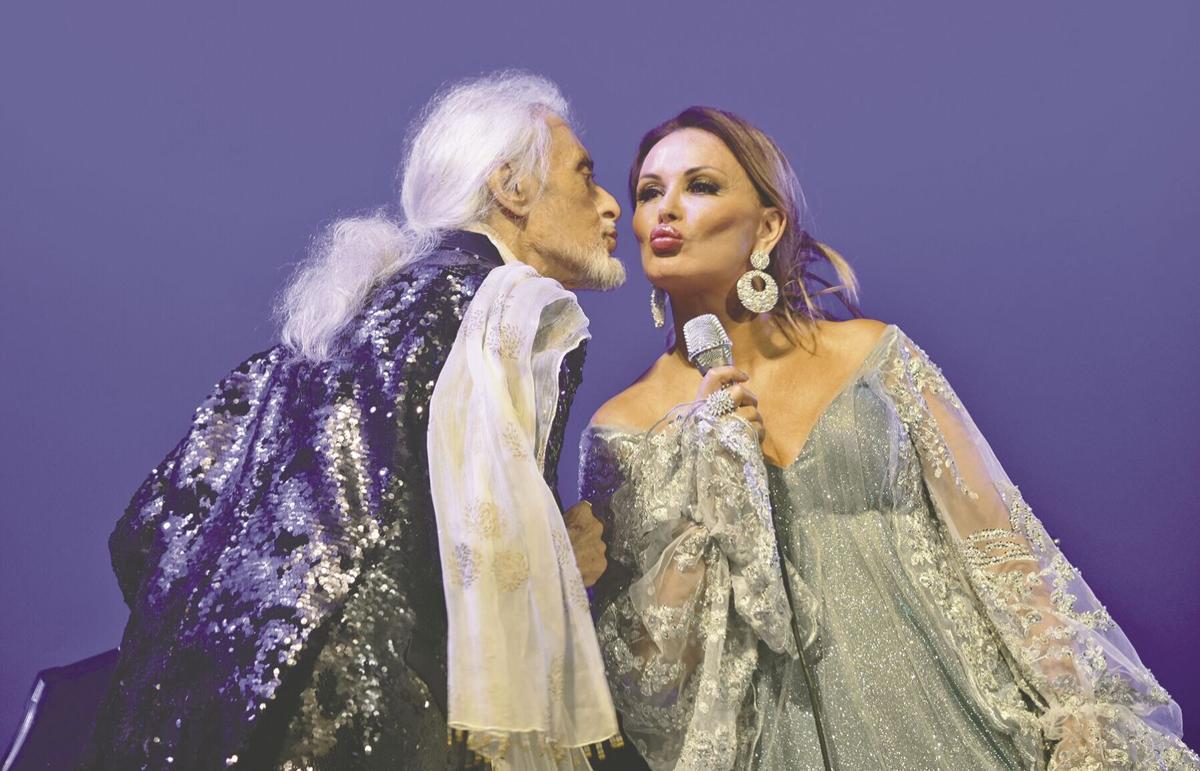 Venetian vocalist Giada Valenti and Frank Fetta, artistic director of symphonic programming, share an air kiss during the first performance at the Redlands Bowl this year. 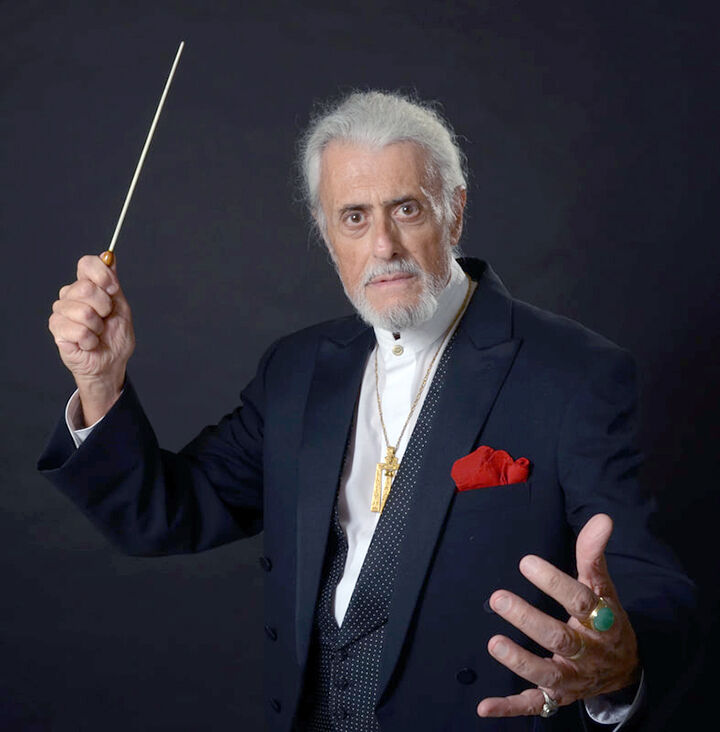 Maestro Frank Paul Fetta will long be remembered for his warmth and creativity, which transcended to Redlands Bowl audiences and everyone he worked with. Fetta, artistic director of symphonic programming for the Redlands Bowl, died on Thursday, Oct. 21, 2021, after a long illness.

He made his debut at the Redlands Bowl 42 years ago in 1979, producing and conducting the opera “Romeo and Juliet.” He became the conductor and director for the Redlands Bowl Symphony Orchestra and accompanist for visiting artists in 1985.

Fetta conducted scores of symphonic performances and produced and directed many fully-staged operas at the bowl. He oversaw the transition of the bowl’s acclaimed Young Artists Competition to a full concerto competition format.

Although his health prevented him from conducting last summer’s Bowl Finale, he provided vision and creative leadership for the season’s final performance, “From the Heart,” featuring Lana Love and the Cool Classics Ensemble.

At the finale, Beverly Noerr, executive director of Redlands Bowl Performing Arts, announced that Frank had been named the 2021-22 Hero of the Arts, the highest award bestowed upon an individual by the association.

“I cannot adequately express Frank’s influence at the Redlands Bowl and how much we will miss him,” said Noerr. “He was one of the first artists I met when I came to the bowl, and I liked him instantly. He was fun, creative and unique. My family and I will miss him dearly.”

Kristi Marnell, operations director for Redlands Performing Arts, said, “One remarkable thing about Frank was his youthful spirit. He was such a gifted musician, always able to reach his audience, young or old, as he shared his knowledge. For me, it was his stories from the bowl stage and his engaging laughter I will never forget.”

Program Director Valerie Peister, said, “This is such a profound loss for the Redlands Bowl. Frank loved the bowl, and he loved bringing the joy of music to all of us who gathered with him under the stars. I was honored to work with him and am so grateful for the many amazing years we had with him. His friendship will be deeply missed.”

Growing up in New Jersey, Frank Fetta’s early passion for music led him to piano and organ. He coached, accompanied and guided the careers of numerous vocalists and instrumentalists.

Living in Los Angeles, he served for many years as the organist at Corpus Christi Church in Pacific Palisades.

Who else did Frank Fetta work with?

In addition to Maestro Frank Fetta’s tenure at the Redlands Bowl, he was director and conductor for the Culver City Symphony, the Torrance Symphony, and the Marina Del Rey Symphony.

From 2012 to 2016 he was conductor and artistic director of the San Bernardino Symphony.

He was also the principal conductor of the Nevada Opera Theatre.

He also enjoyed a long tenure as a conductor for the grand finals of the prestigious Zachary Foundation International Vocal Competition.

n As a conductor, Fetta collaborated with:

The Redlands Bowl is seeking applicants for the 2022 Young Artists Concerto Competition. The deadline to apply is Wednesday, Jan. 17. A semi-final round of competition will be held on Saturday, March 12.

Maestro Roger Kalia will conduct the grand finals of the completion as part of a performance in the Redlands Bowl Summer Music Festival on Tuesday, June 28.

The Young Artists Competitions has been a Redlands Bowl tradition for 70 years. The late Maestro Frank Fetta oversaw the transition of the program to a full concerto competition format.

Will you help save the mural on the Boy Scouting Headquarters?